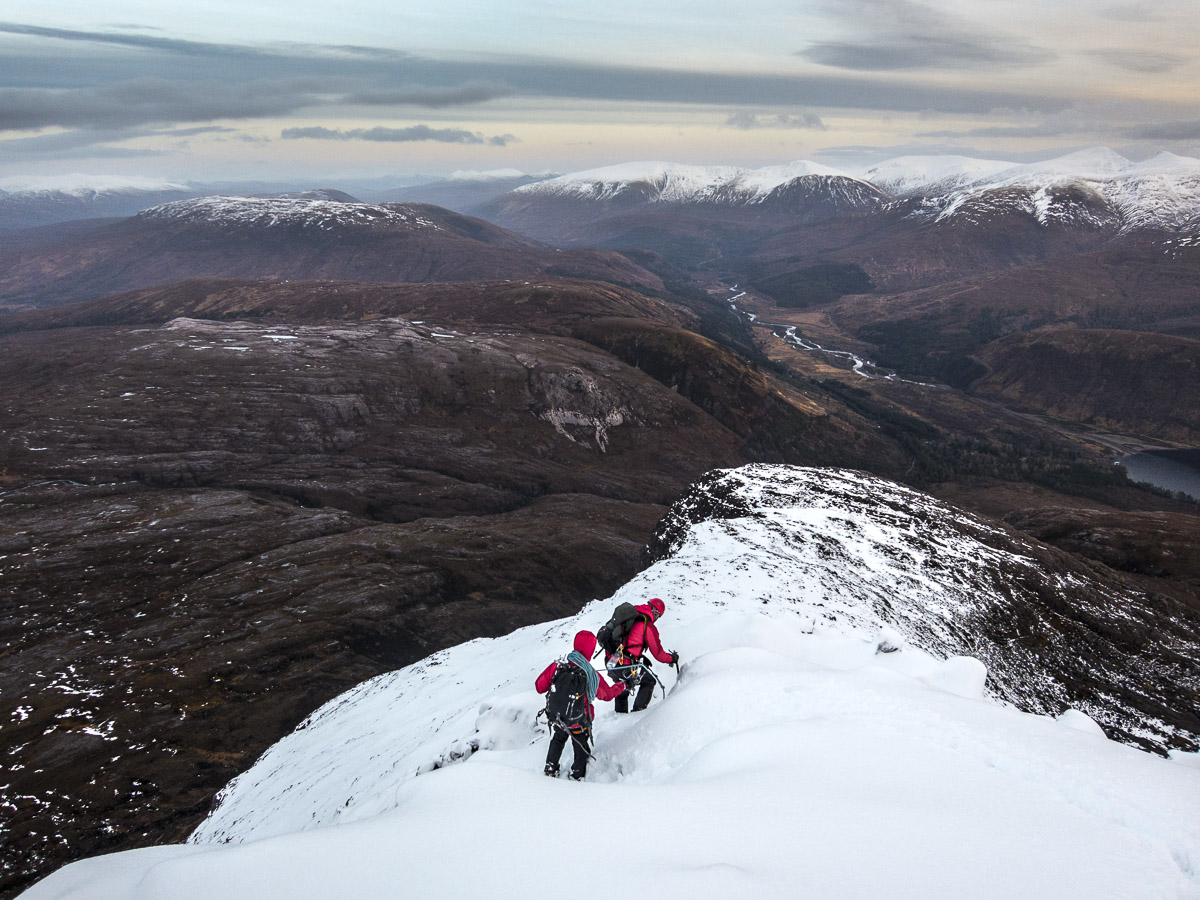 Just a hasty post and some snaps as we saw some vaguely clear sky today in the North West of Scotland, albeit briefly! I drove up early from Aviemore to meet Martin Moran and his clients – James, Gordan, Paul and Steve, at Achnashellach to start a ‘Winter Mountaineer’ course. We headed in to Fuar Tholl, a rather shapely mountain to the south of the Torridon area. Though the ground wasn’t frozen until about 750m, from there upwards the snow cover was excellent and we headed into the South East Cliff area. We looked at ice axe self arrest, snow anchors and body belays before heading up a gully to put it all into perspective. 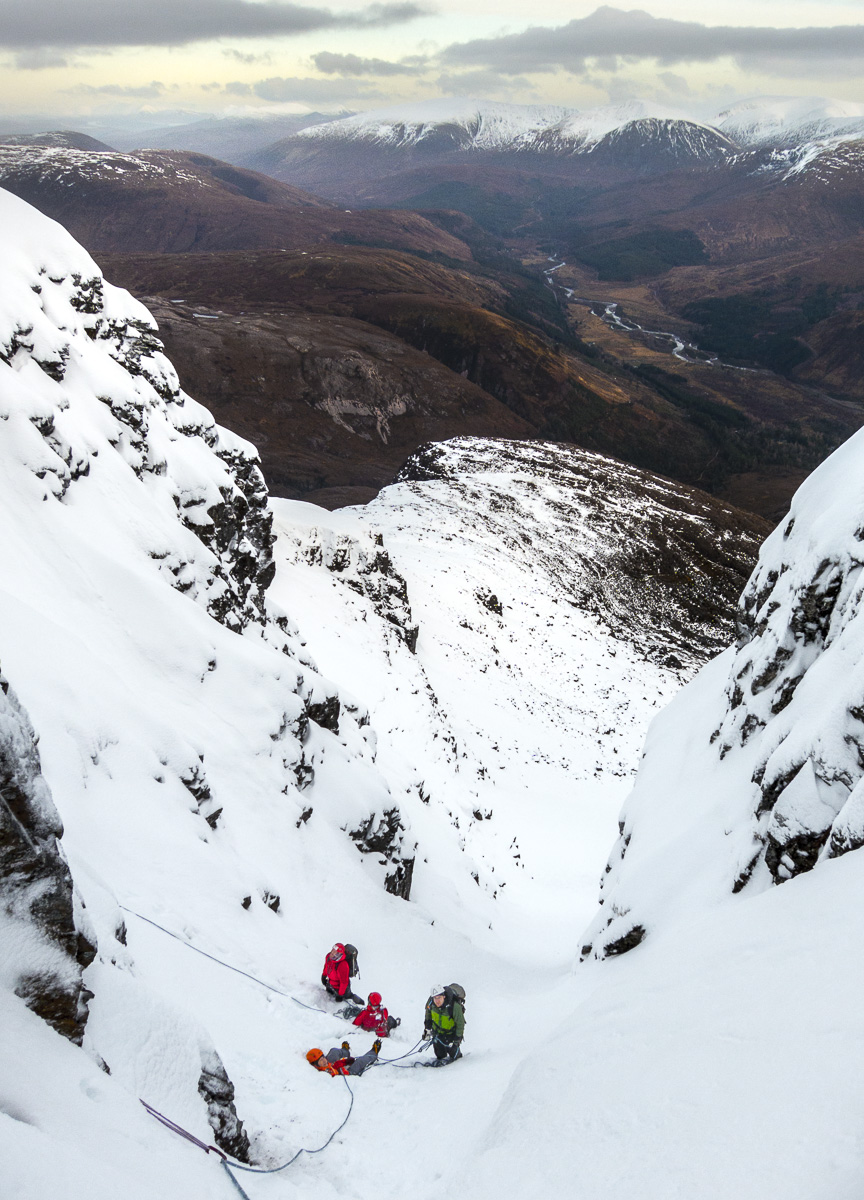 Views became excellent for an hour or so, and as the low cloud slowly cleared away, the temperatures dropped. 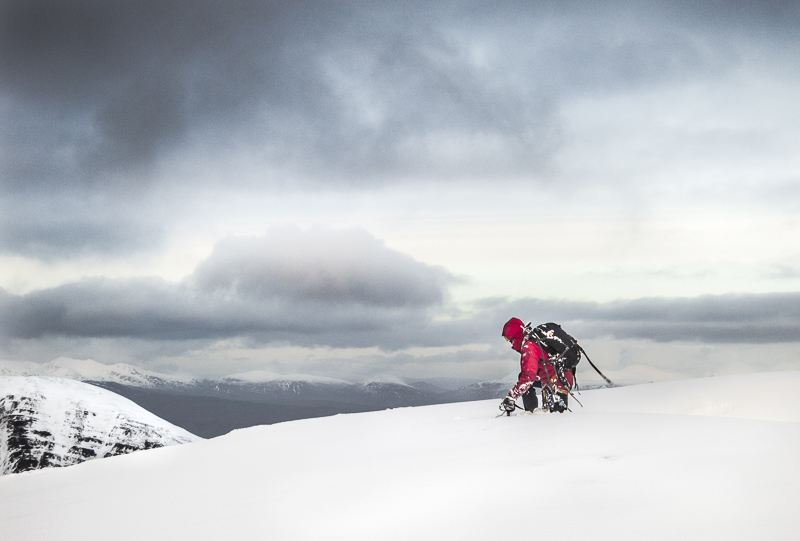 Martin emerging from his branch of the gully.

The weather window was fairly short and by the time we were at the summit the clouds and wind were rolling in again quickly from the west ahead of the storm coming in tonight. It doesn’t look like the lens cap will even come off the camera for the rest of the week…

Martin short roping down the ridge (there is drop ahead and a 2nd client on the end of his rope!) 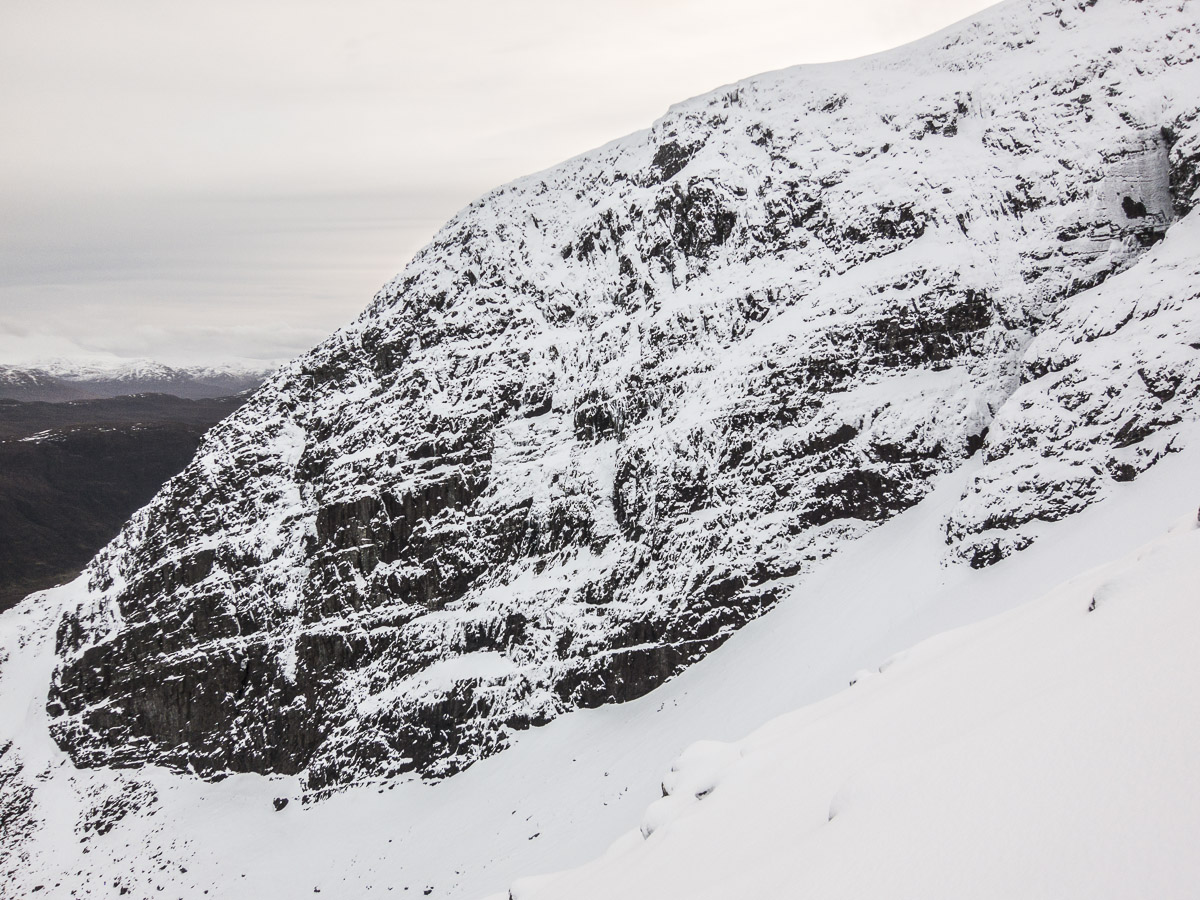