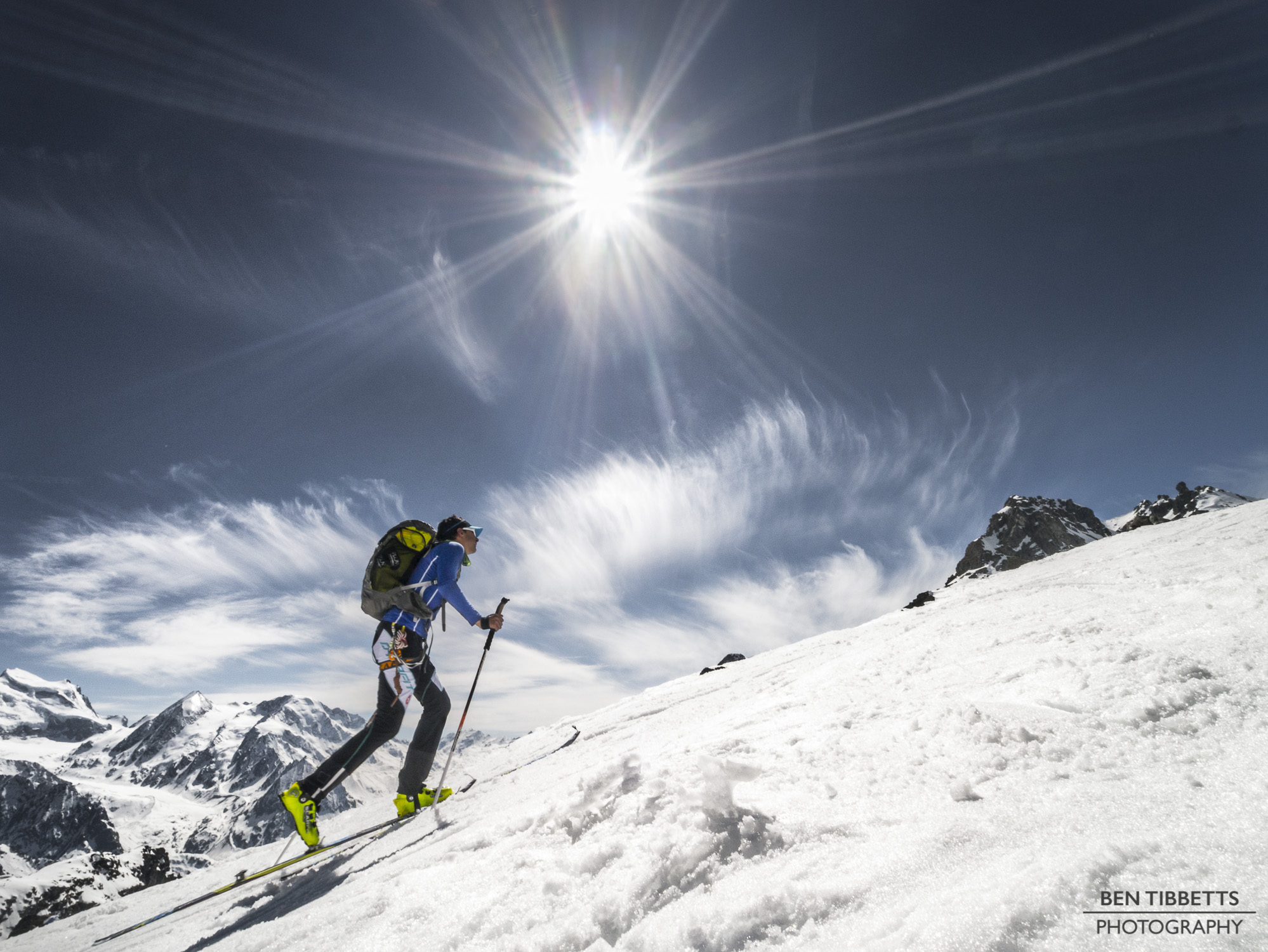 In the last little period before the Patrouille des Glaciers (classic high mountain ski race between Zermatt and Verbier) we’ve been getting out trying to keep fit and acclimatised. With Misha Gopaul and Ben Barsdley I headed over to Verbier to recce the last section of the PDG route last week. Ben has done the PDG before, but neither Misha nor I had. We used the lifts to get high above the rapidly retreating snow-line… 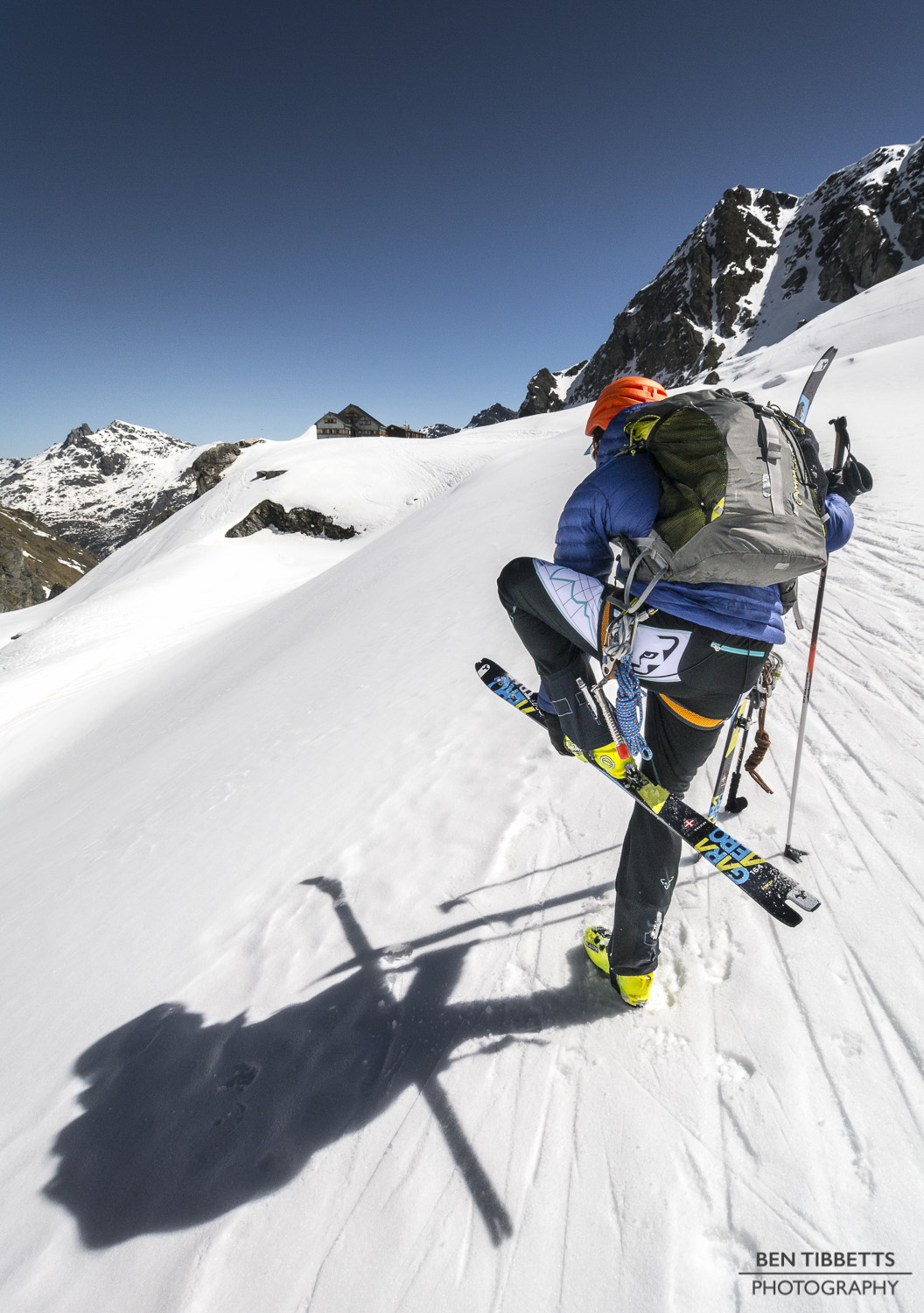 Misha Gopaul getting skis off by the Cabane de Prafleuri

From the top of Mt Fort we made a nice loop via Col de Prafleuri, Col des Roux, Glacier de Mourti and the south ridge of Rosablanche, returning via Col de la Chaux. 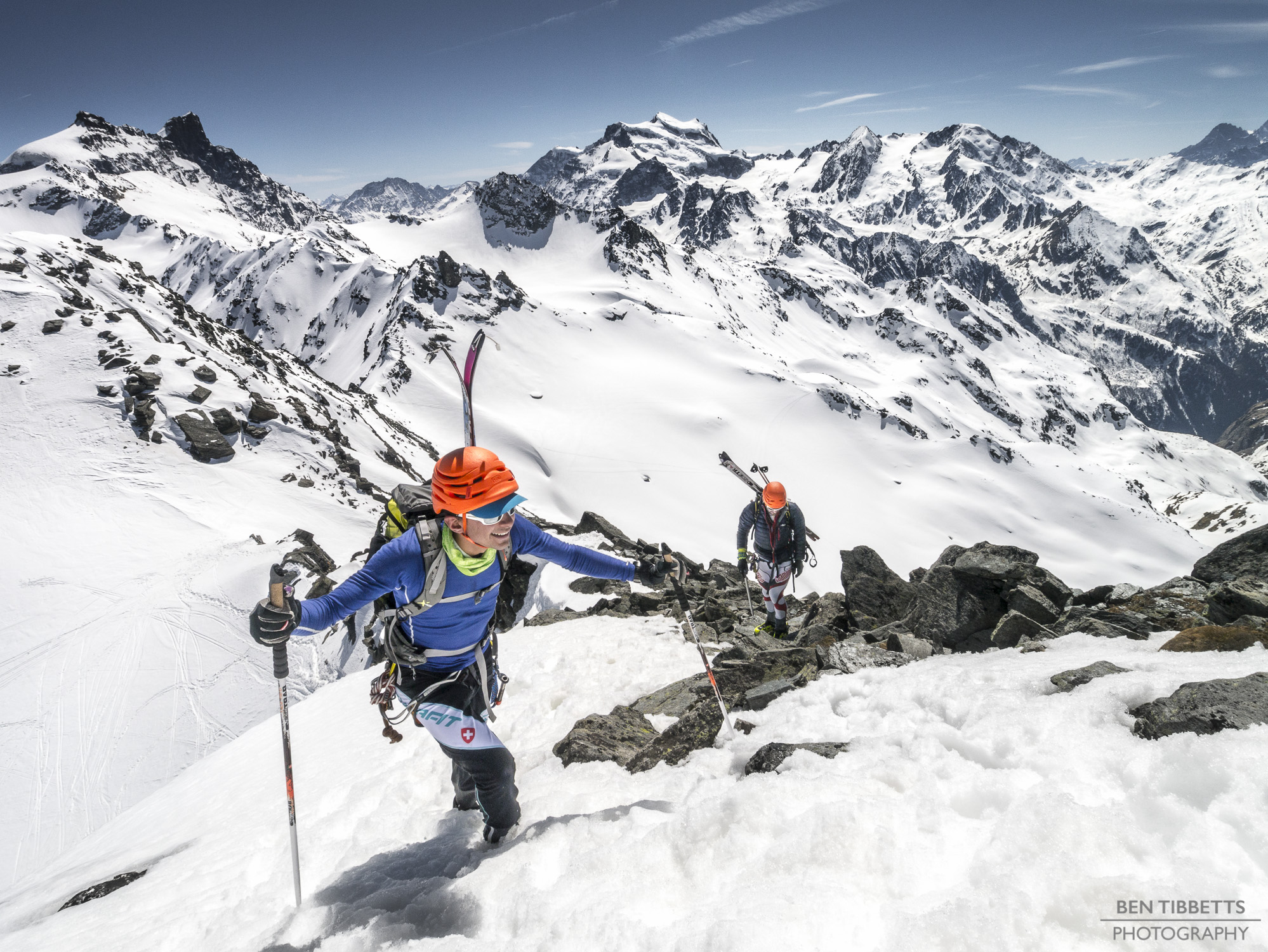 Misha and Ben Bardsley on the upper S ridge of Rosablanche 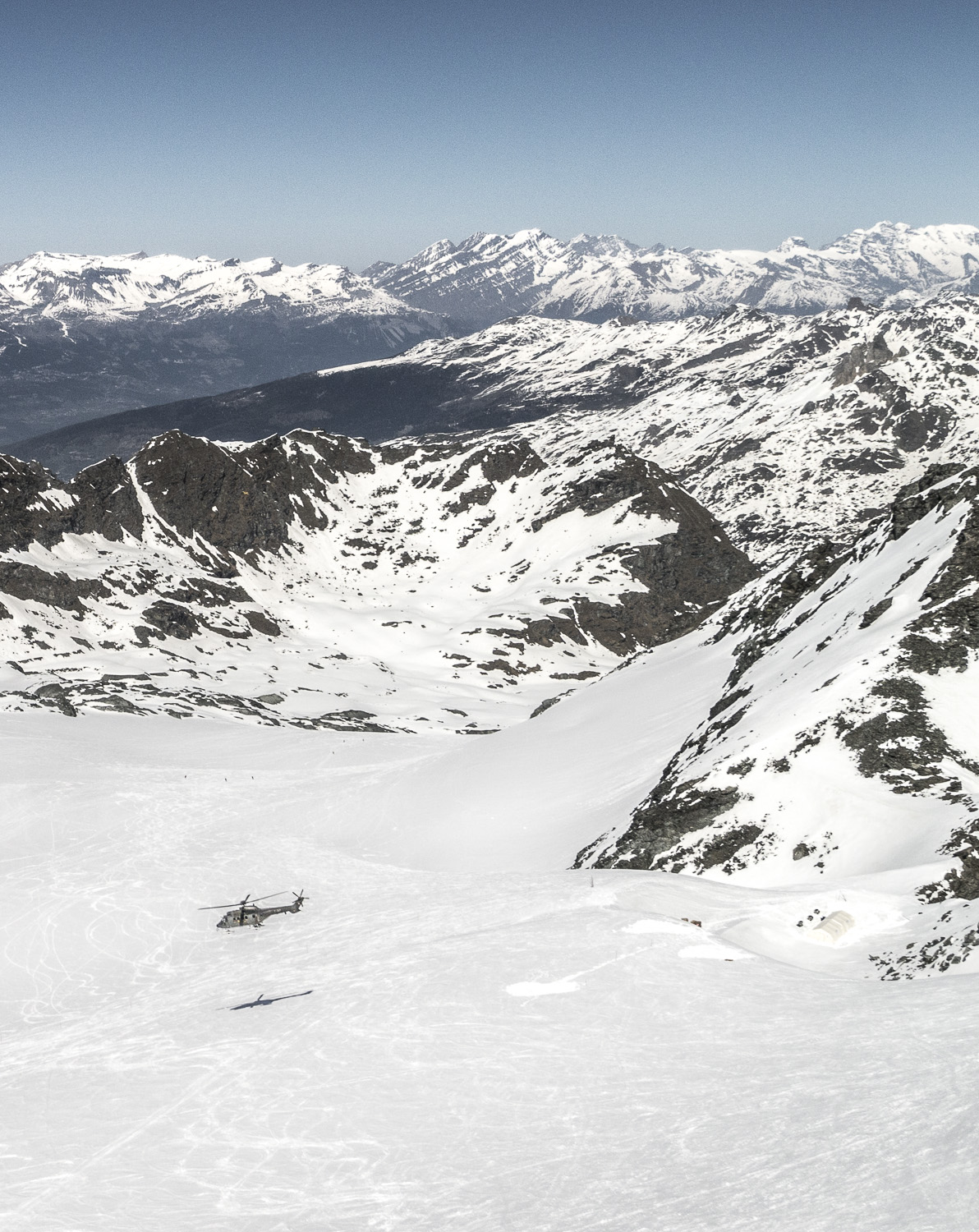 Military helicopter and encampment below Rosablanche preparing for the race support. 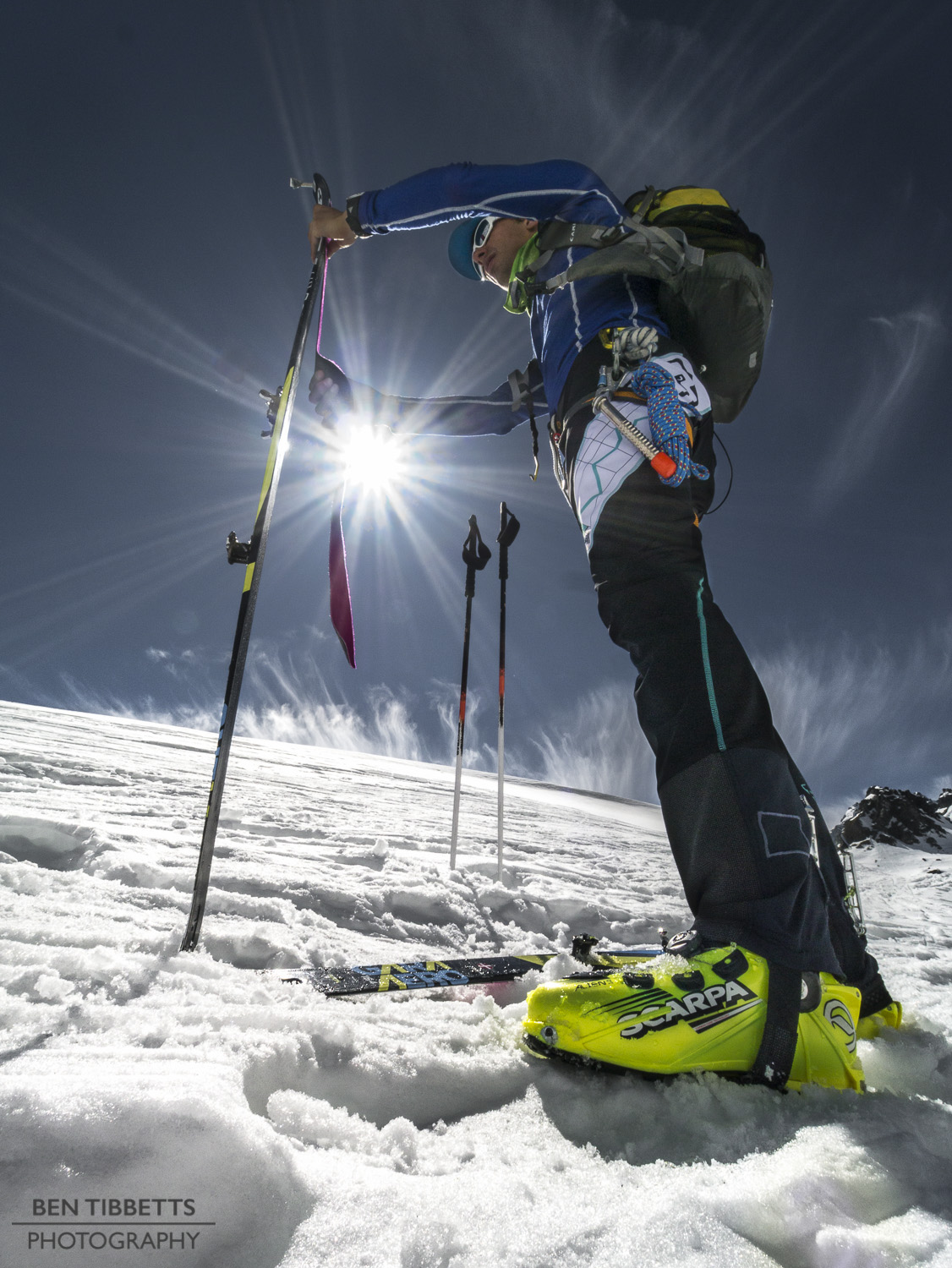 We had a beautiful day, but it was seeringly hot by midday skinning up the Glacier de Mourti (we had a pretty casual start to the day…!). I only took 1L of water and got pretty parched. The south ridge was a nice quiet scrambling way to approach the summit, which from the other side was mobbed with tourers. By the end of the day whisps of cirrus cloud were indicating the deterioration that we had expected a bit earlier. The last col back to the finish felt fairly innocuous after a mellow day out, but I can see how it might be a breaker at the end of a 4500m race!

Misha skinning up to Col de la Chaux, the last climb on the PDG course.

With several days of suspect weather in the mountains there was ample time last week to reacclimatising the body to road biking. With a slim weather window on Wednesday however, Ben Bardsley and I went for another tour up high to keep acclimatised. We had a notion to try and get up the Pointe Isabelle at the far end of the Talefre basin beyond the Couvercle hut (Mont Blanc massif). Due to poor research and general incompetence we didn’t get a lift until about 8.45am, and then took our time getting to the start of the ascent. The gully from the Lecahux glacier up to the Talefre is melting out fast and required a bit of booting up. Once onto the Talefre Glacier it is, we had failed to note, a very long way back to the far corner where the Isabelle stands. The day was already looking a bit short as storms were forecast to build in the afternoon! 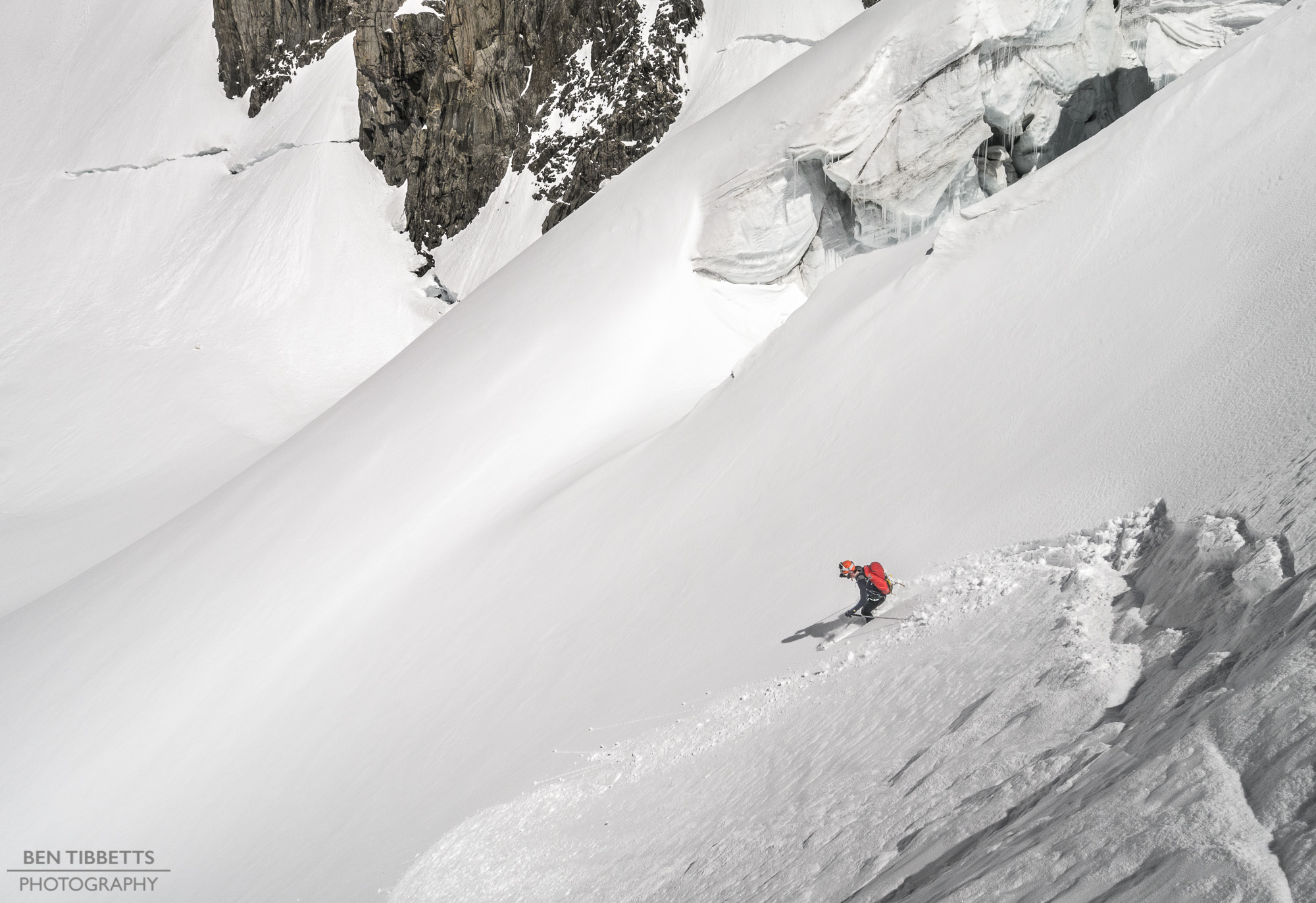 We pushed on however, enjoying the rare feeling of remoteness in this busy region. As we approached the route looked entirely barred by seracs. It was only as we got right up into the cirque that the route up the WNW ridge became obvious. We started up, but with clouds beginning to roll down off the summits it seemed prudent to make an about turn. 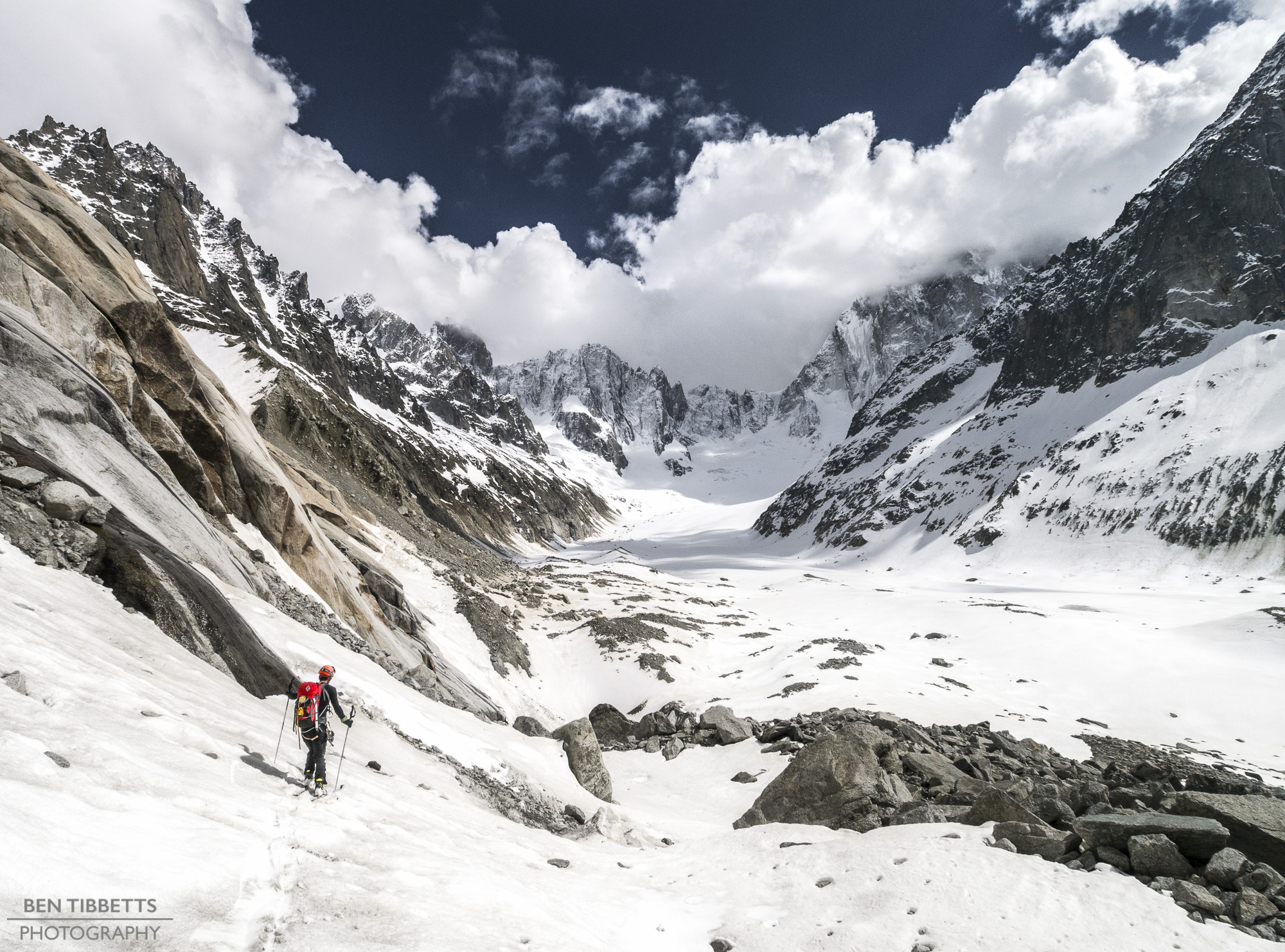 Ben Bardsley above the Lechaux Glacier. Grandes Jorasses in the cloud at the back. Still looking very dry for climbing…

It looks like a great route to go back for, mixing good ski touring with mellow climbing. To complete it in one day from the lift however I think would require stable weather, minimal kit, an early Midi lift and a determined approach!