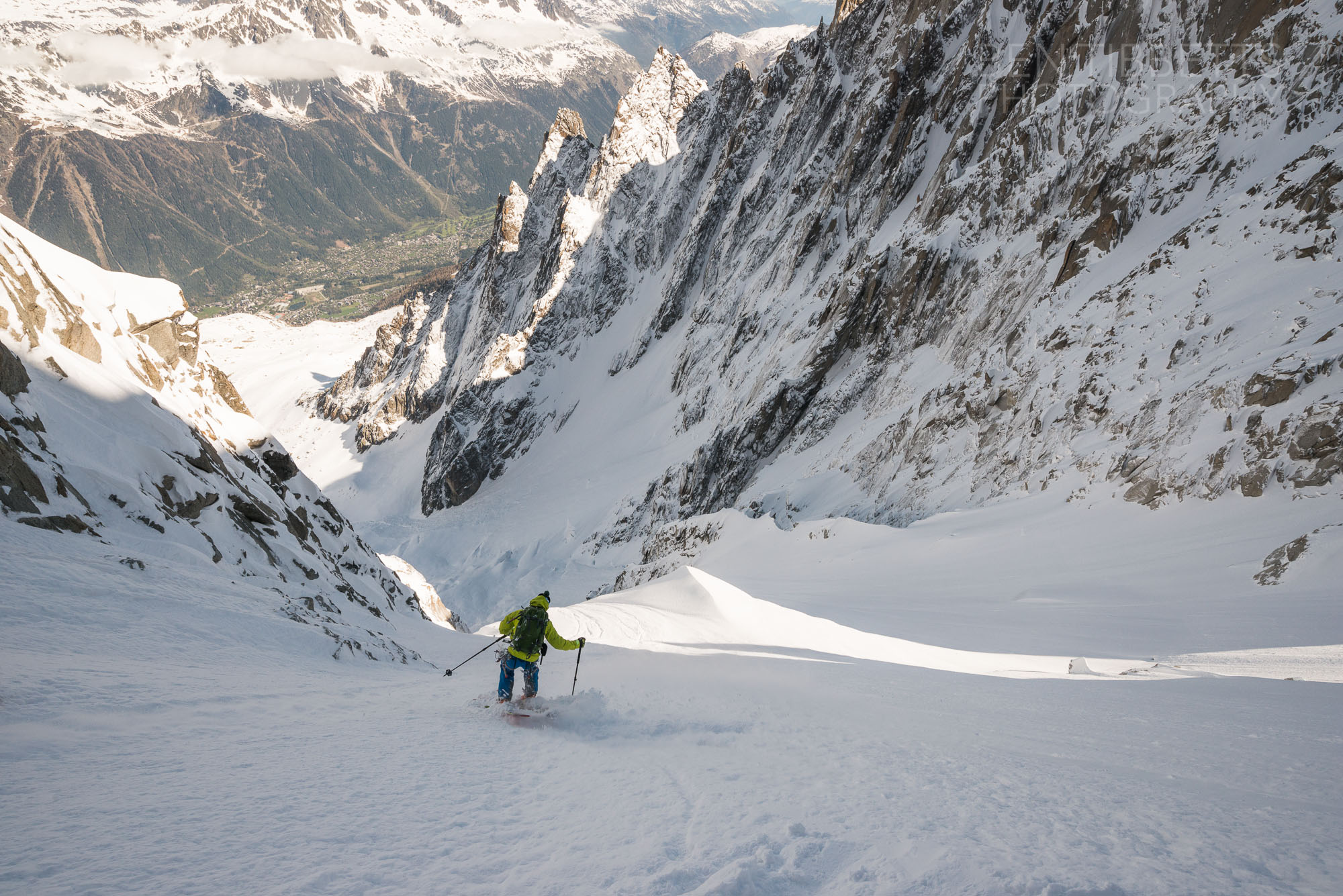 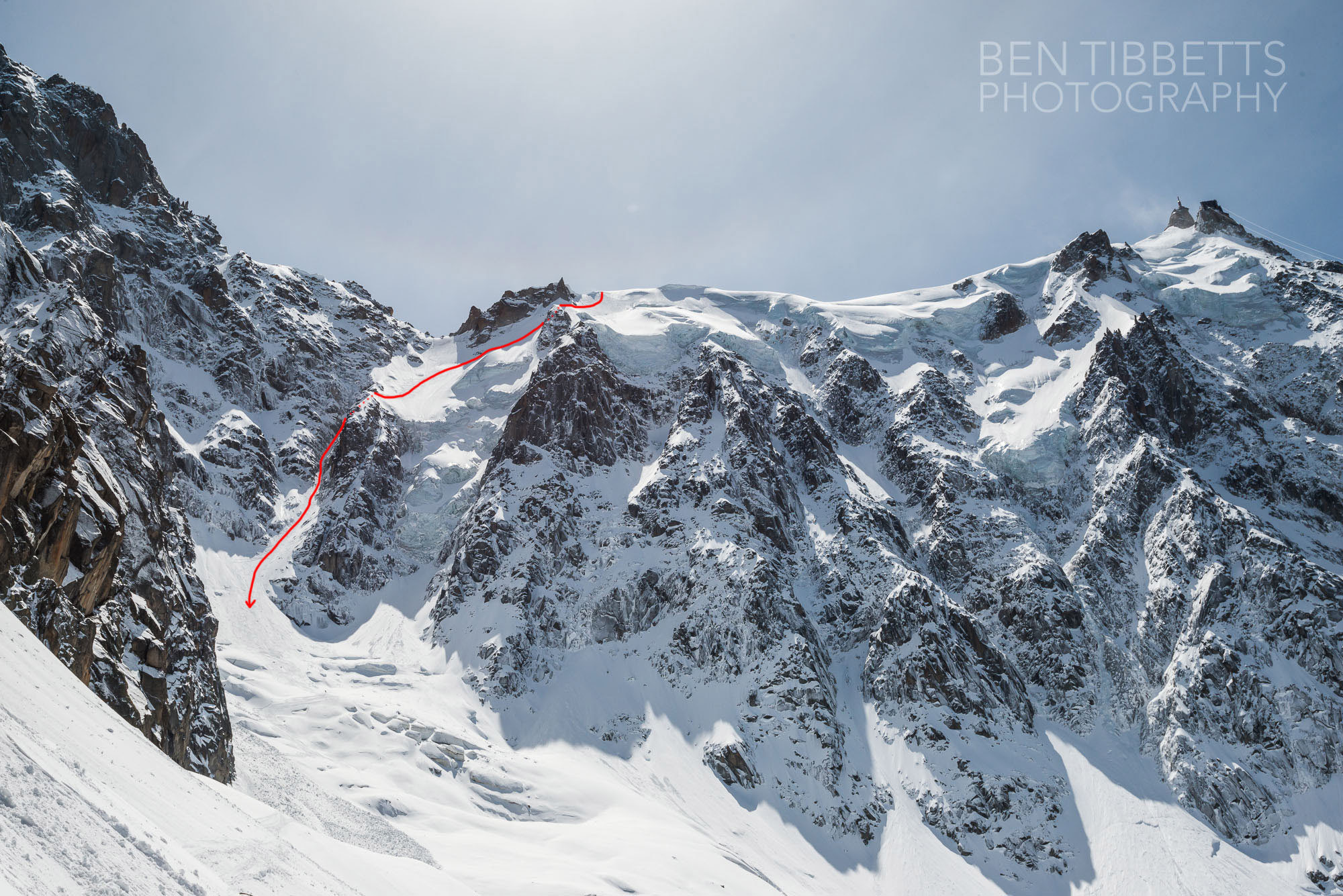 Before the last few days of monsoon, we sneaked in a descent of the North Couloir of the Col du Plan. As so often with an exciting plan in uncertain conditions it was Tom’s idea! It had rained overnight but I was surprised to find as much as 40cm of fresh snow fallen at the Midi. The route had been skied in good conditions the day before but tracks weren’t even visible. A moderate wind had been blowing from NW and there were significant pockets of slab heading down the Vallee Blanche side, but the snow looked pretty good on the north. 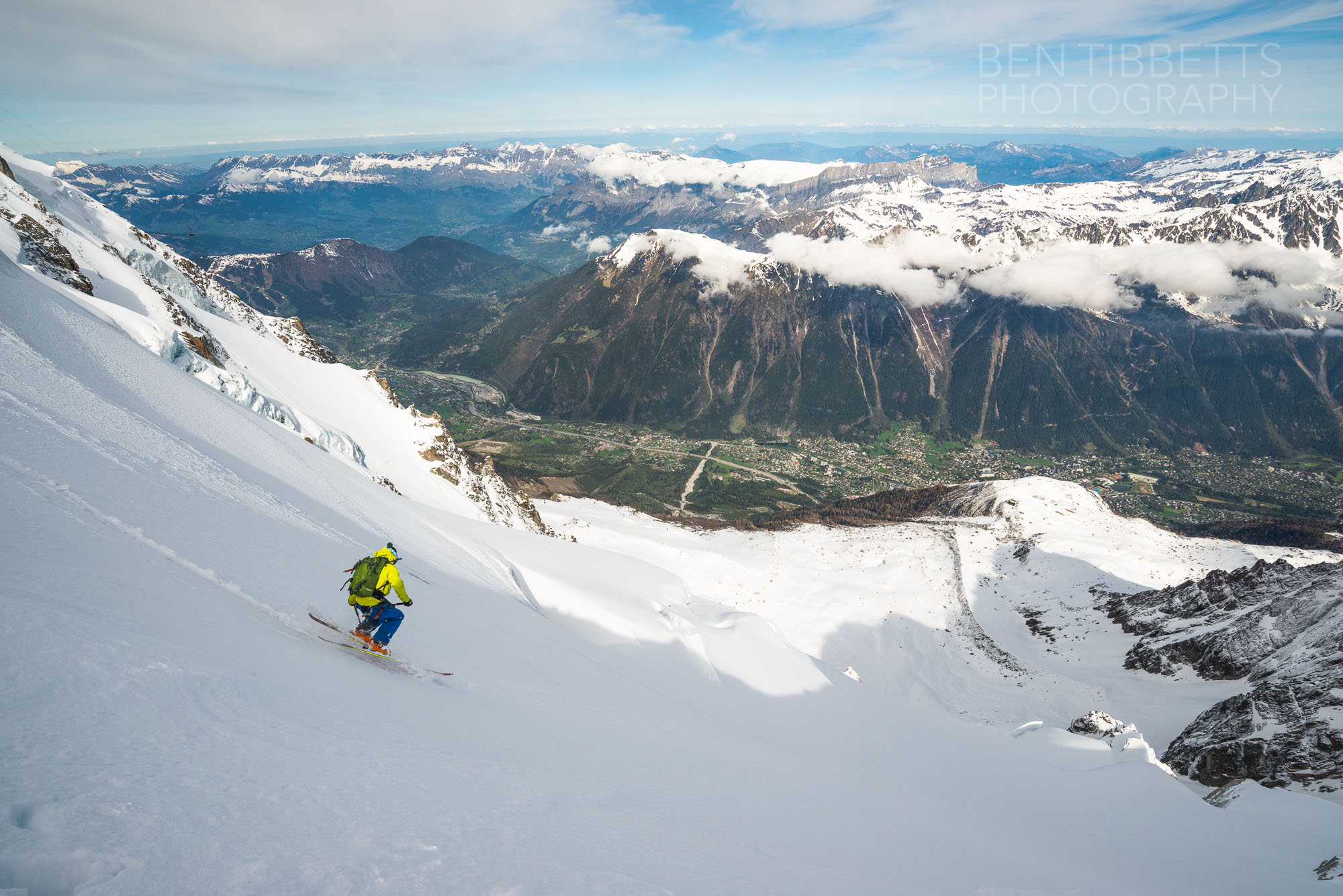 The first three turns were pretty exciting as little fresh snow was holding on a firm crispy base and it is pretty engaging terrain to warm up.

Along for the ride were excellent local Brit skiers Rob Stokes and Lorne Cameron, who were likewise very happy to let Tom show us the route! 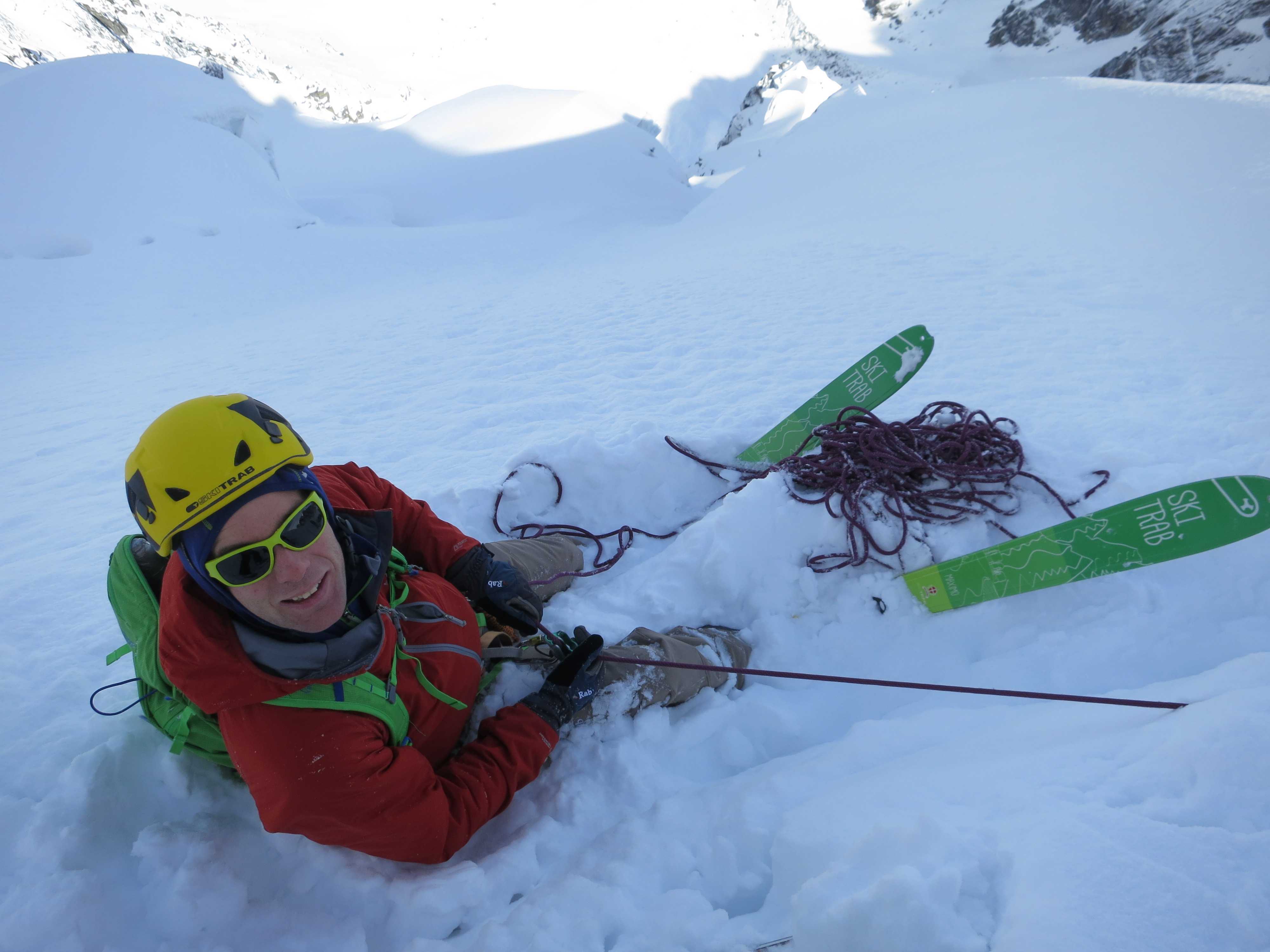 After the first couple of pitches the route traverses right to the steep passage around the upper Tournier spur. The snow quality the other side of the ridge was pretty hard to judge so we pulled a rope out briefly for Tom to shimmy down. It turned out to be steep on hard but grippy snow so the rest of us shuffled down with an axe out. 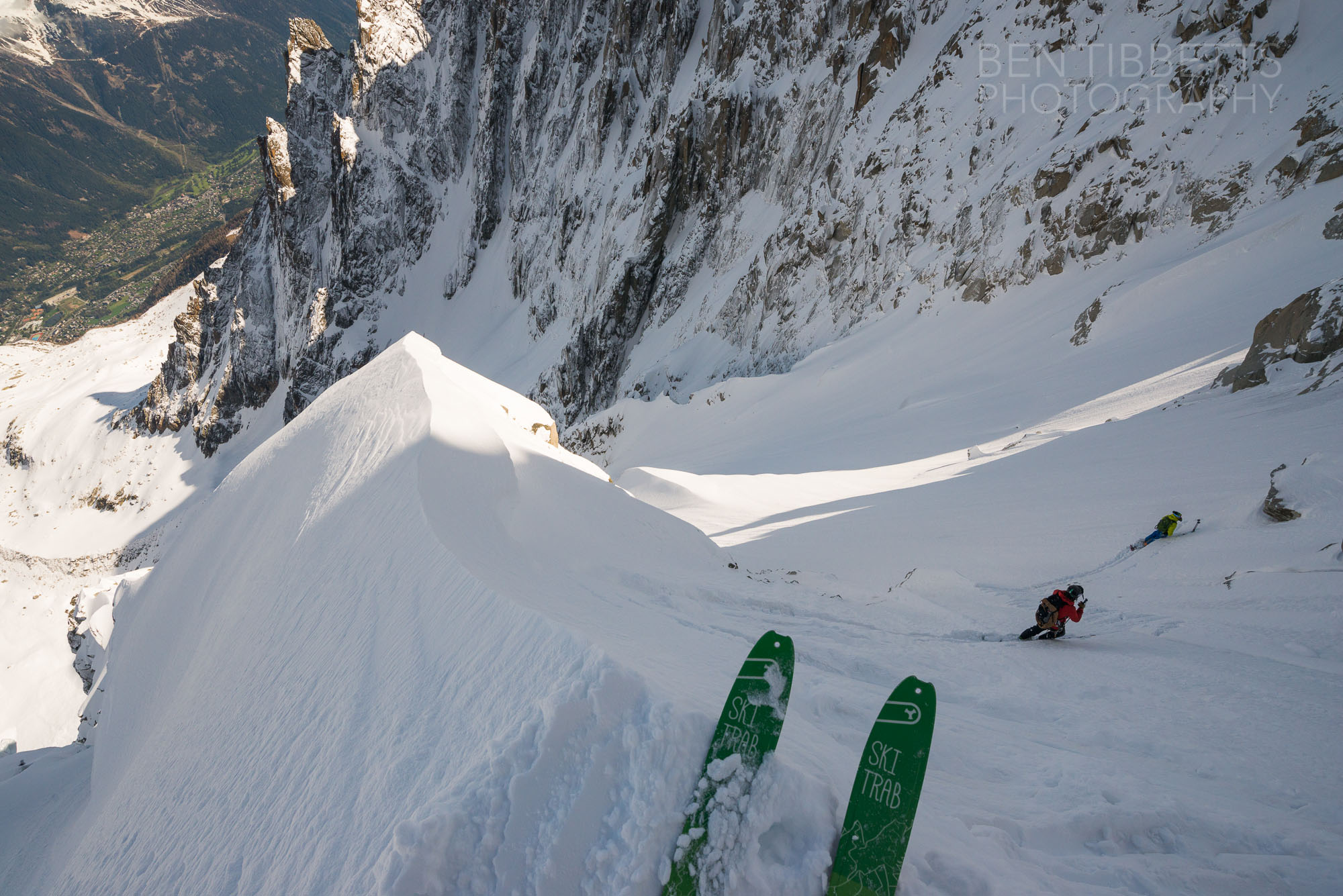 Just above the steep shuffle…

Tom dropping into the Col du Plan face, Chamonix below.

The top face of the Col du Plan was steep deep untracked powder… conditions one dreams of doing these routes in! 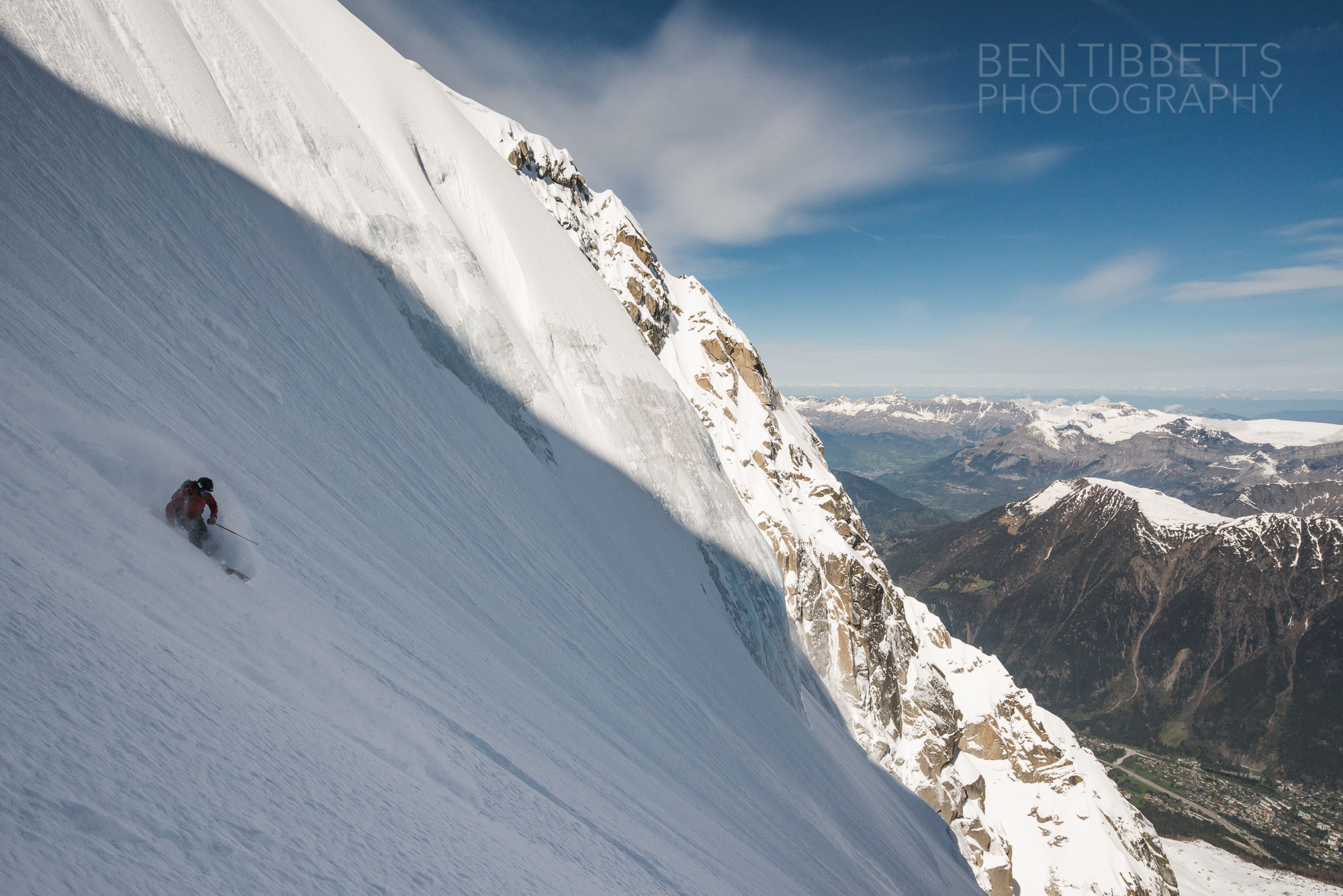 Rob Stokes on the lower part of the face. 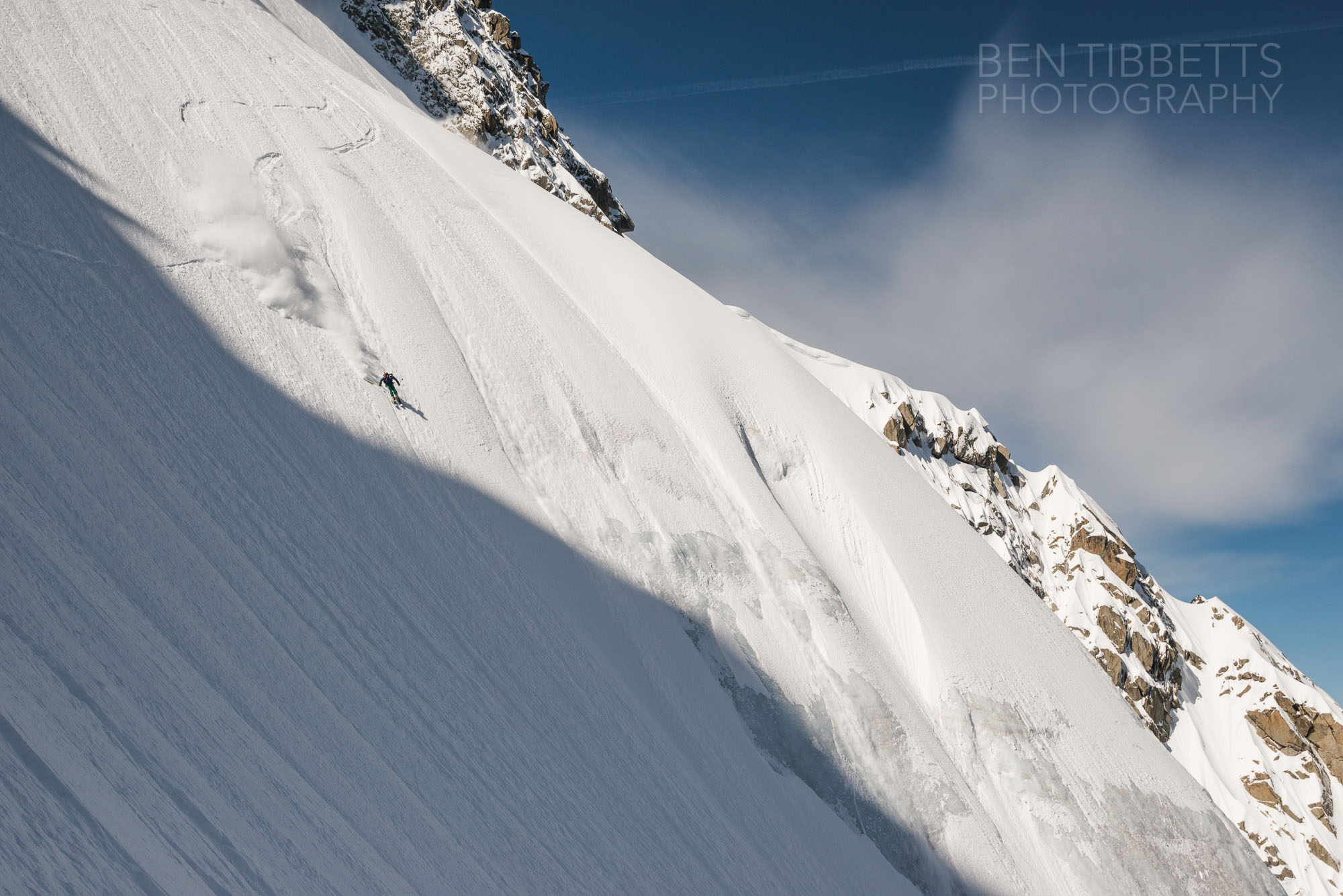 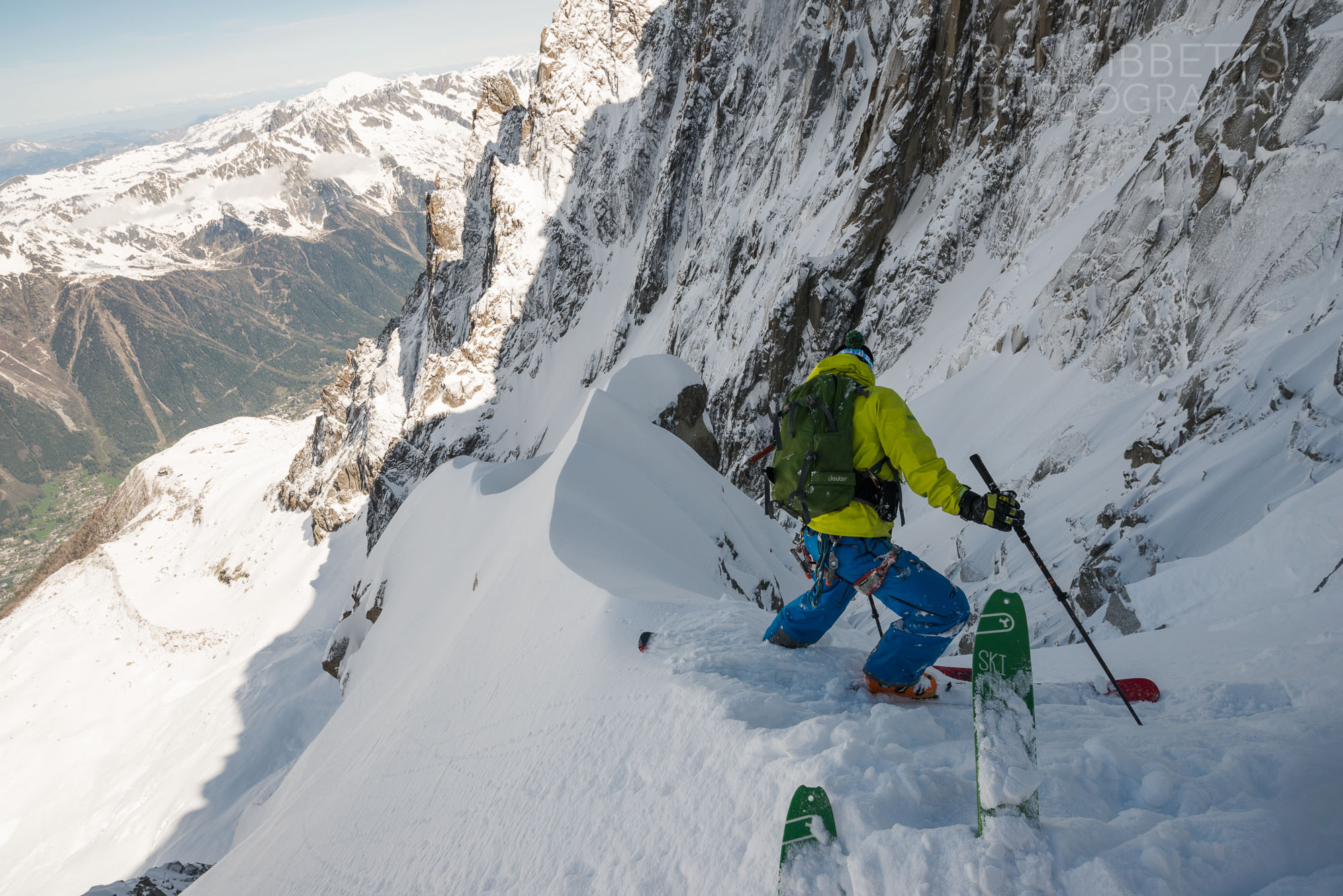 Tom just above the first rappels 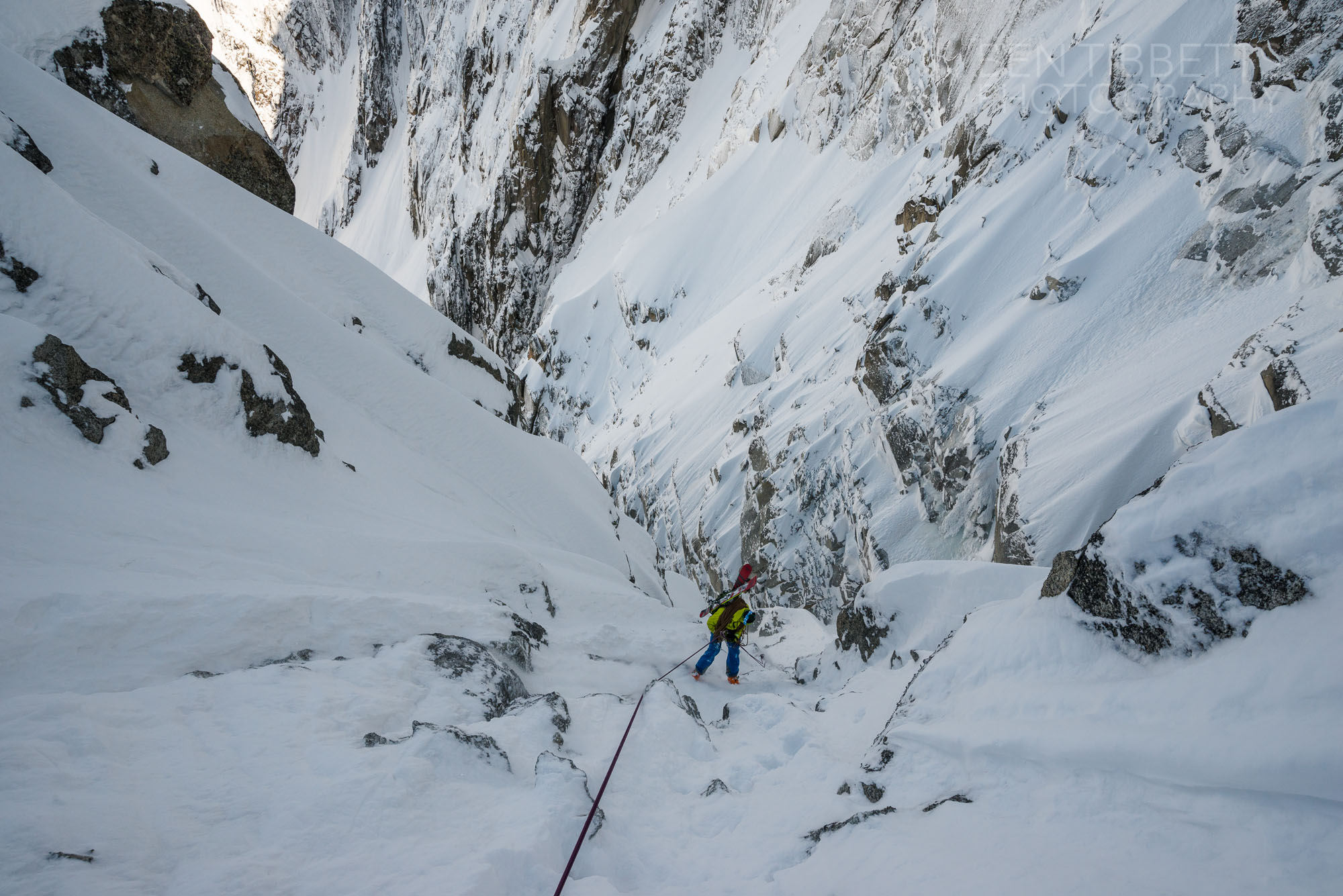 We did 2 x 30m raps to avoid the ropes getting stuck. 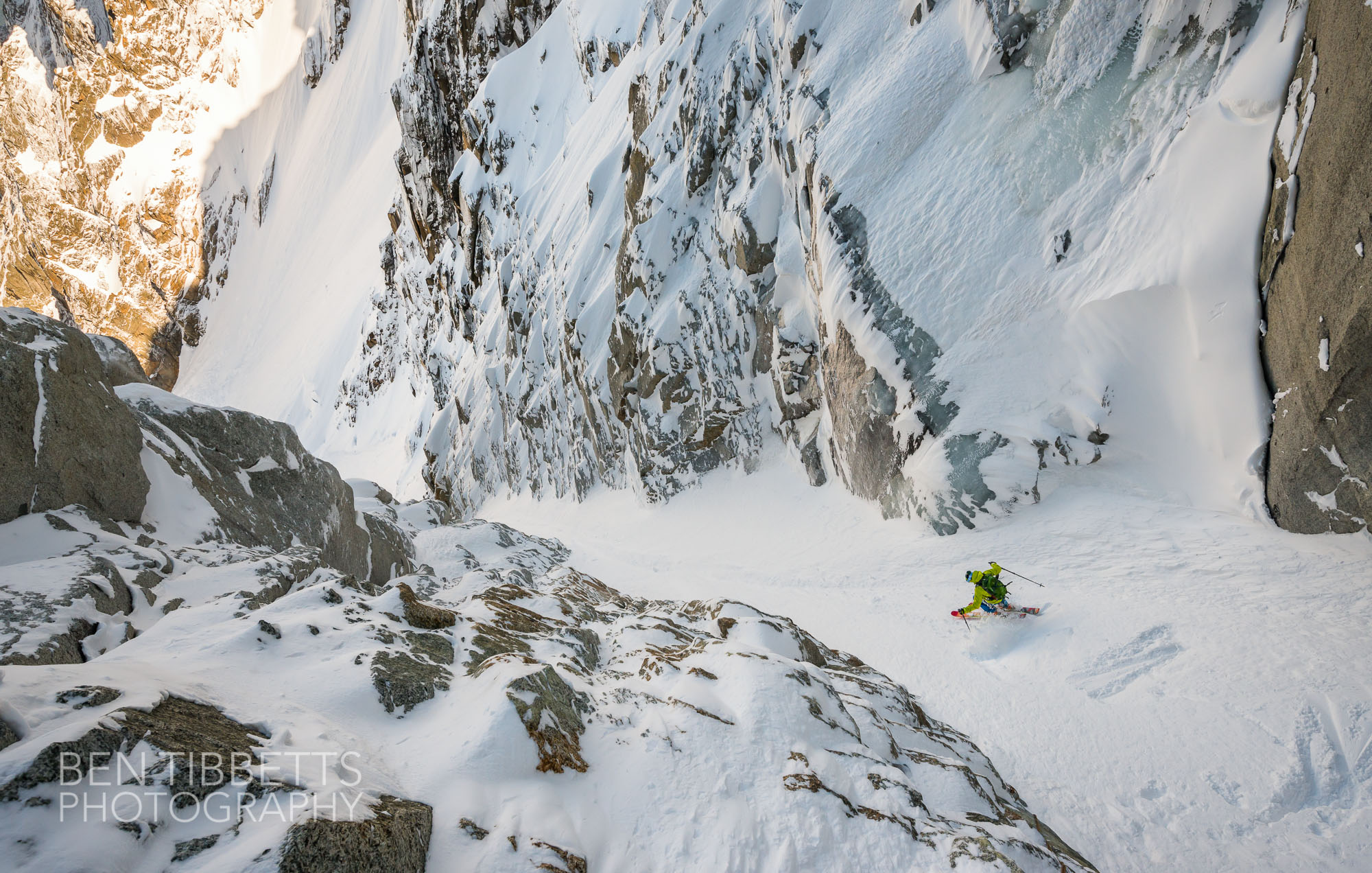 Tom making the first turns in the narrow couloir! 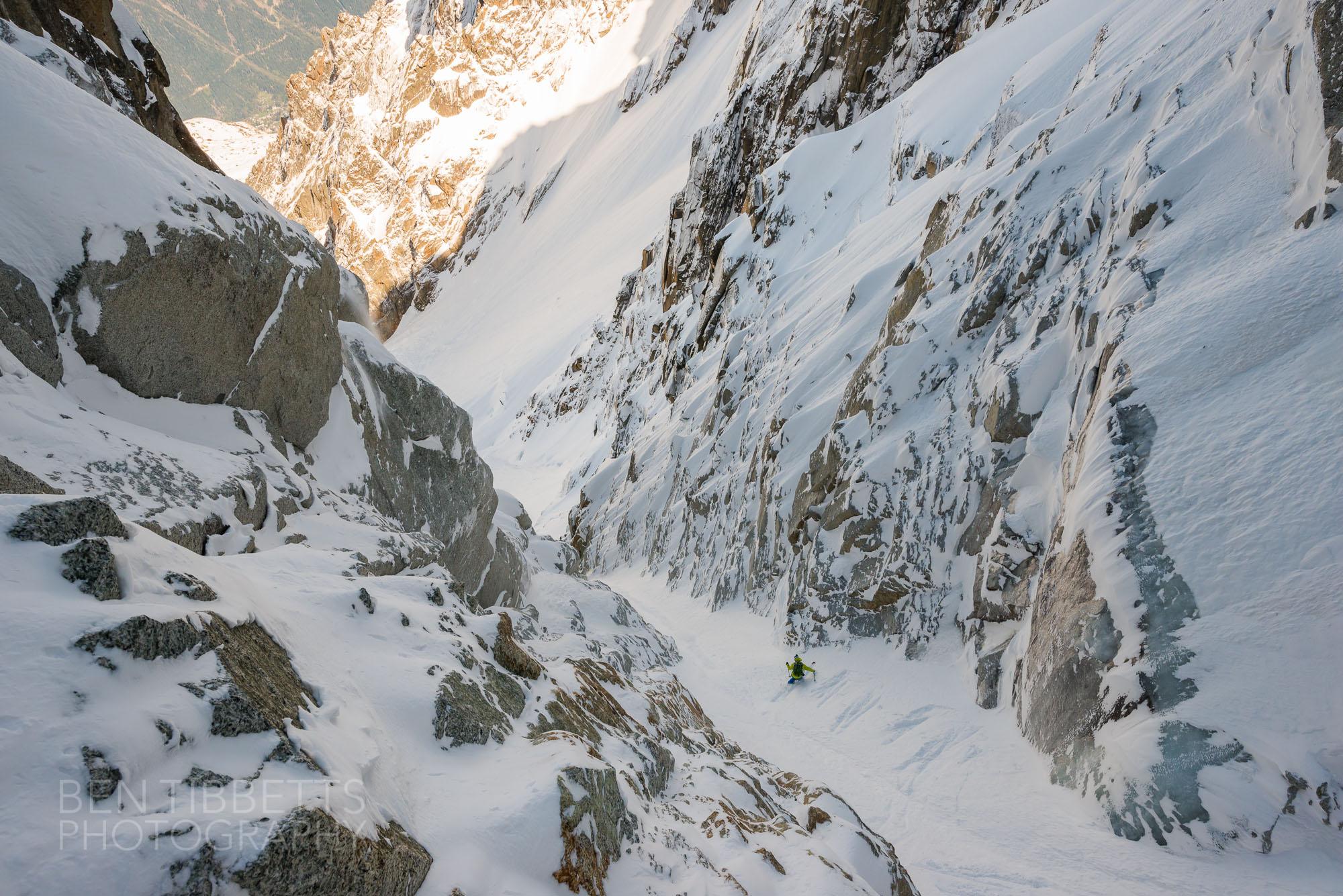 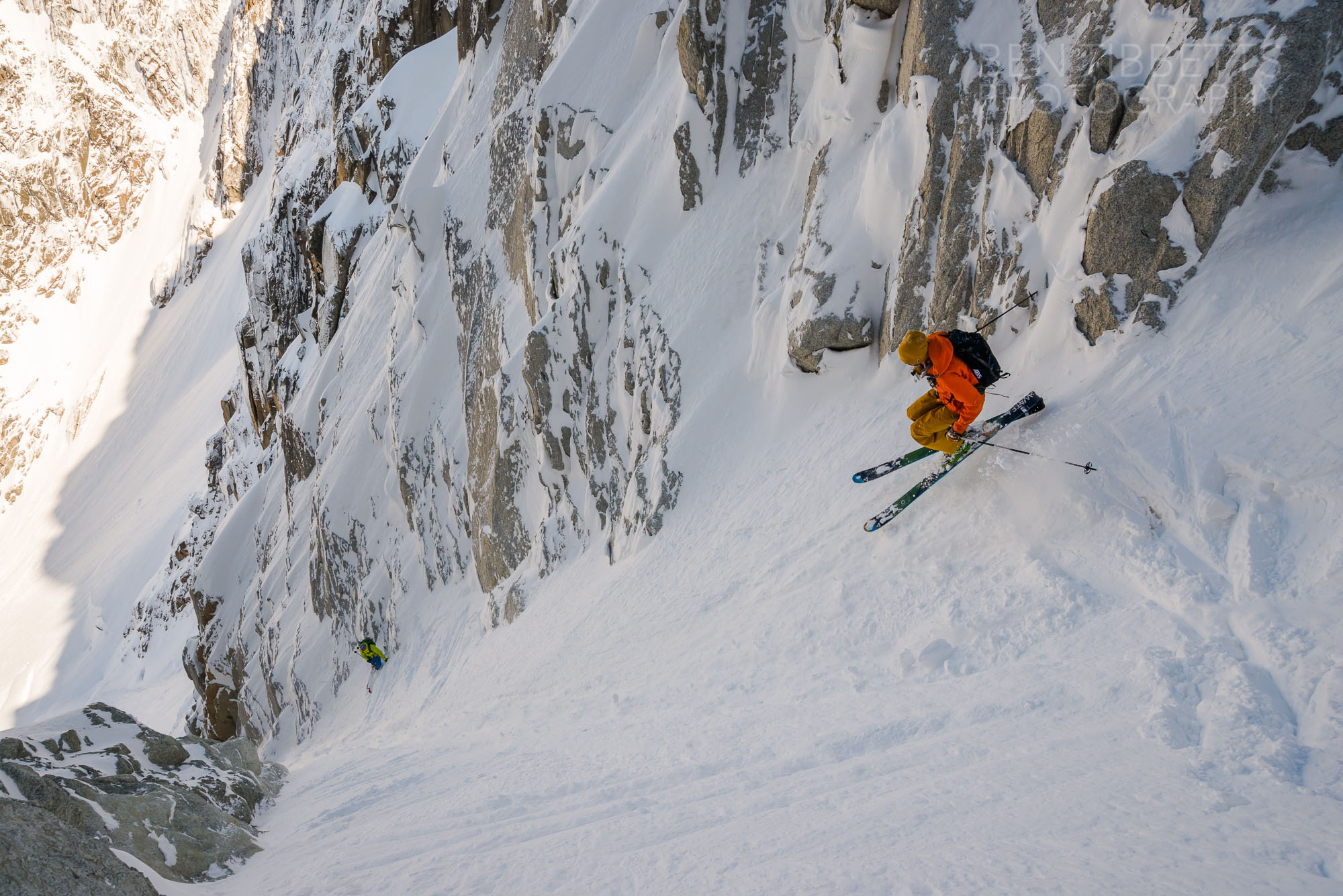 Lorne in the couloir 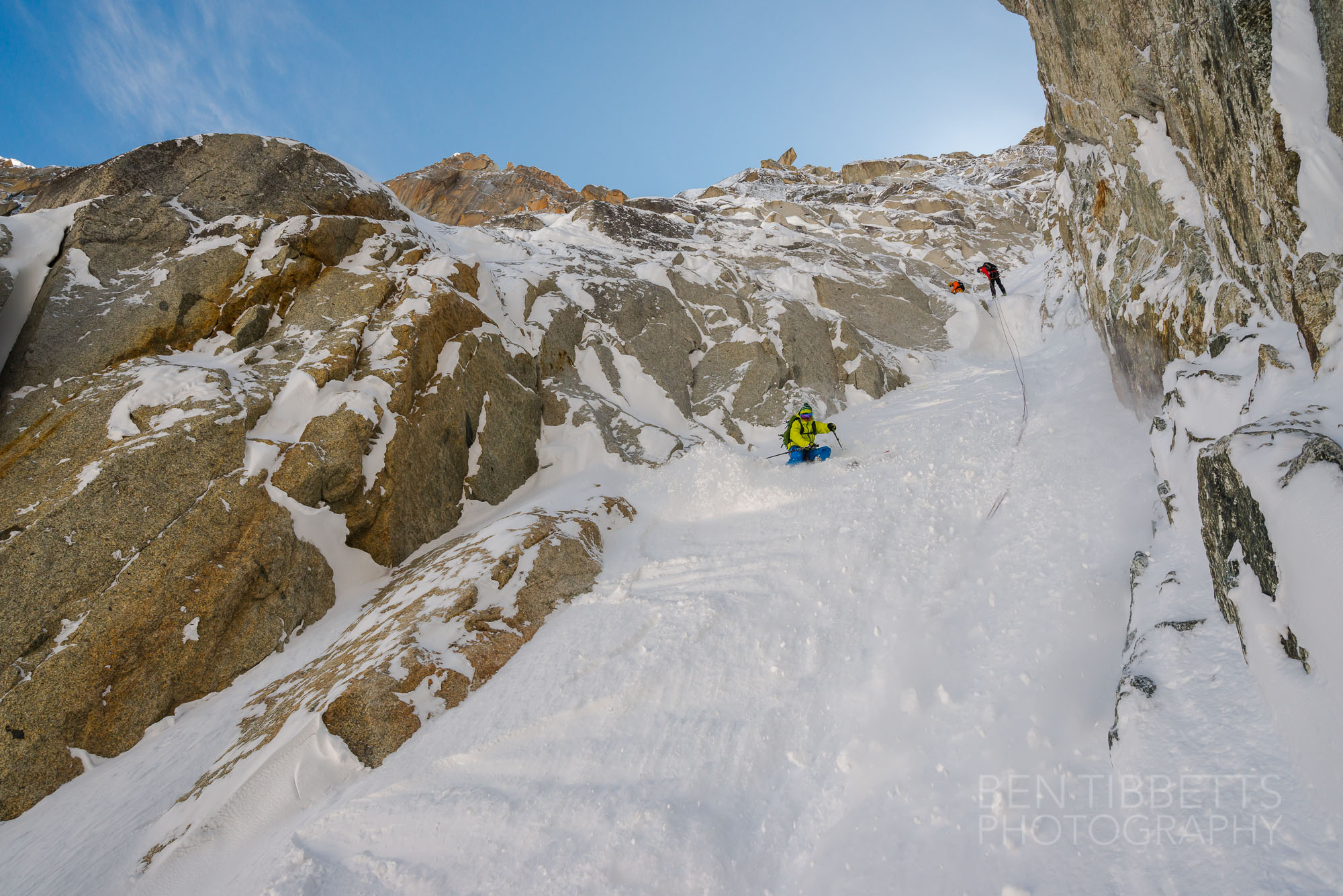 …another short rappel at the bottom 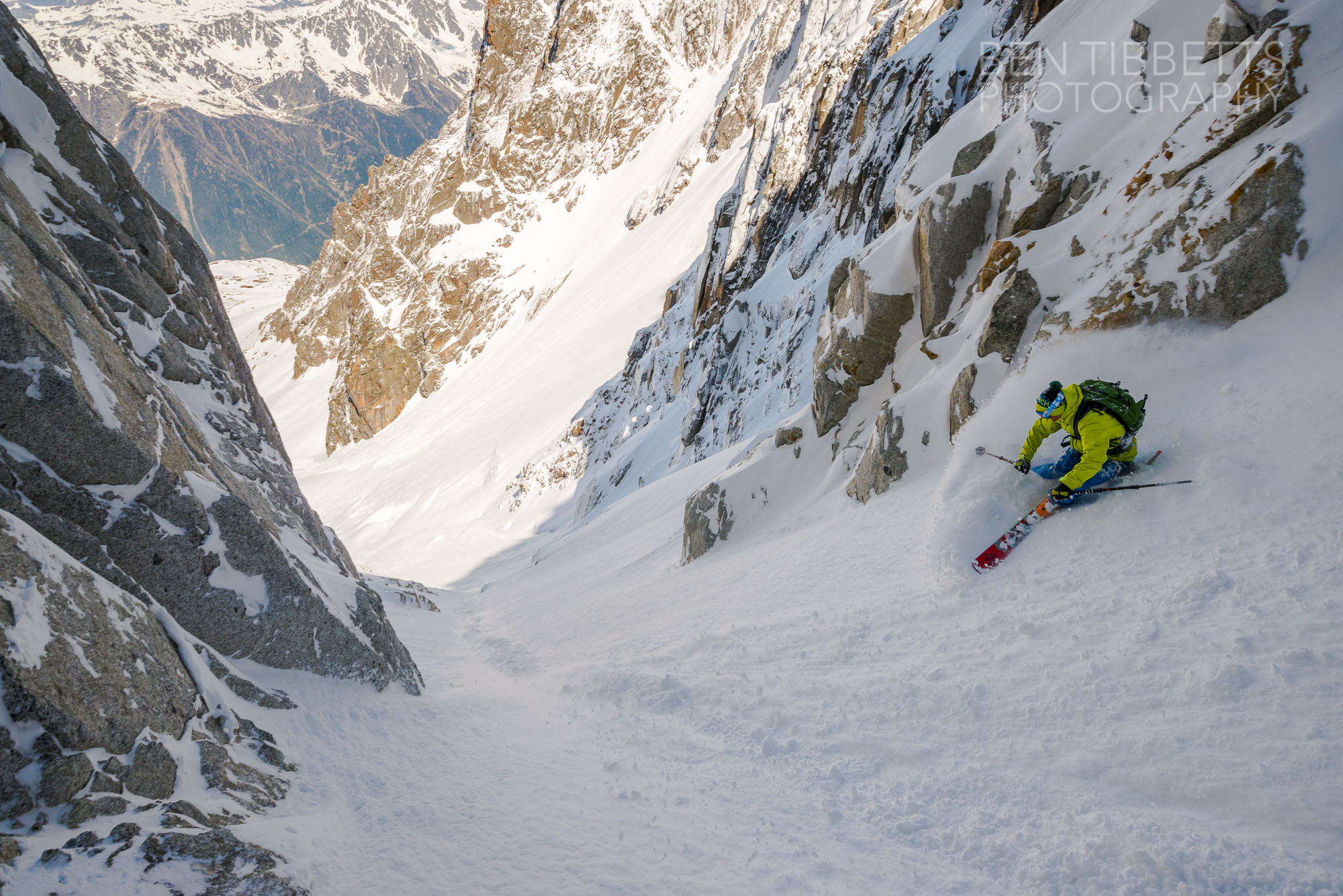 And exit onto more deep powder! 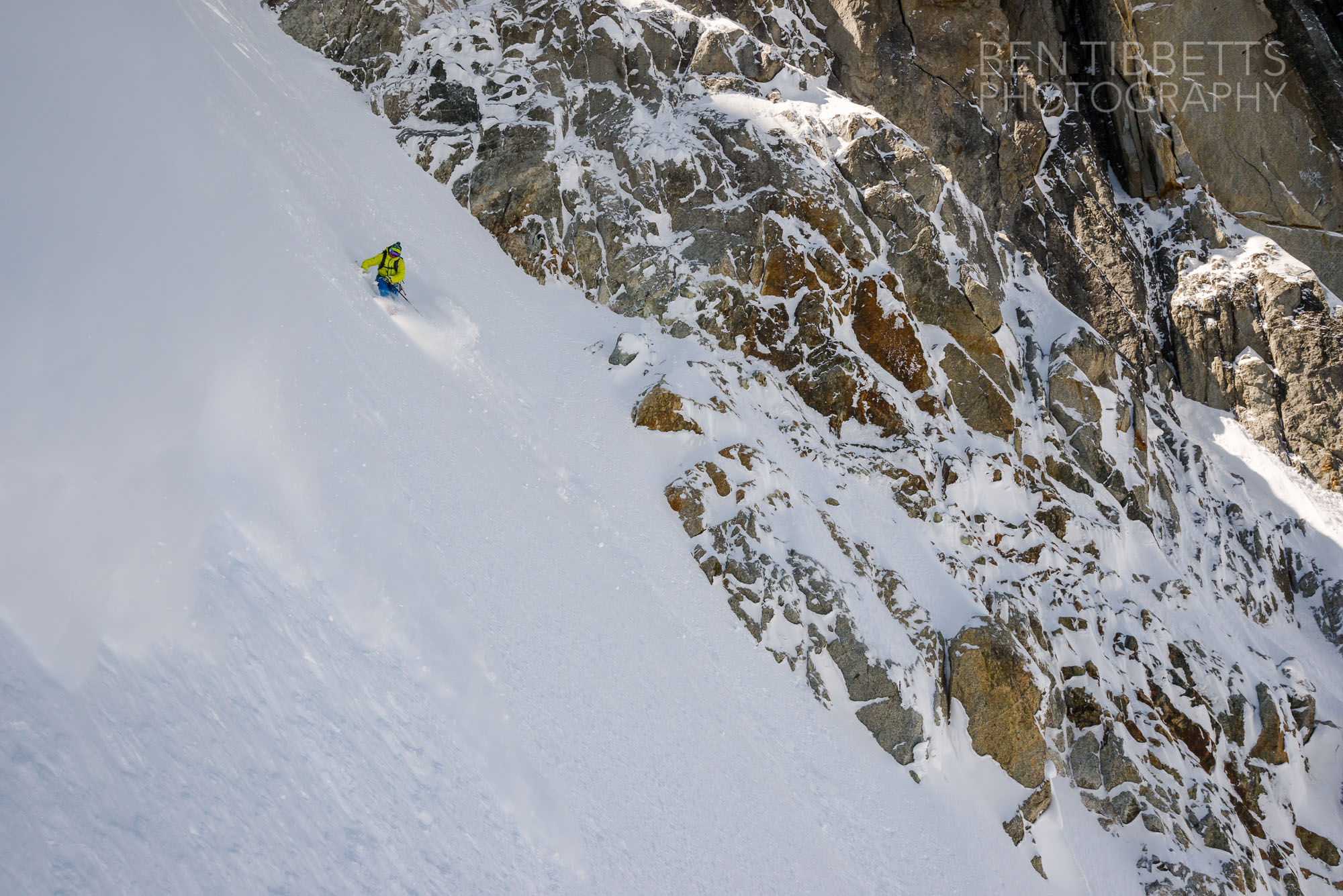 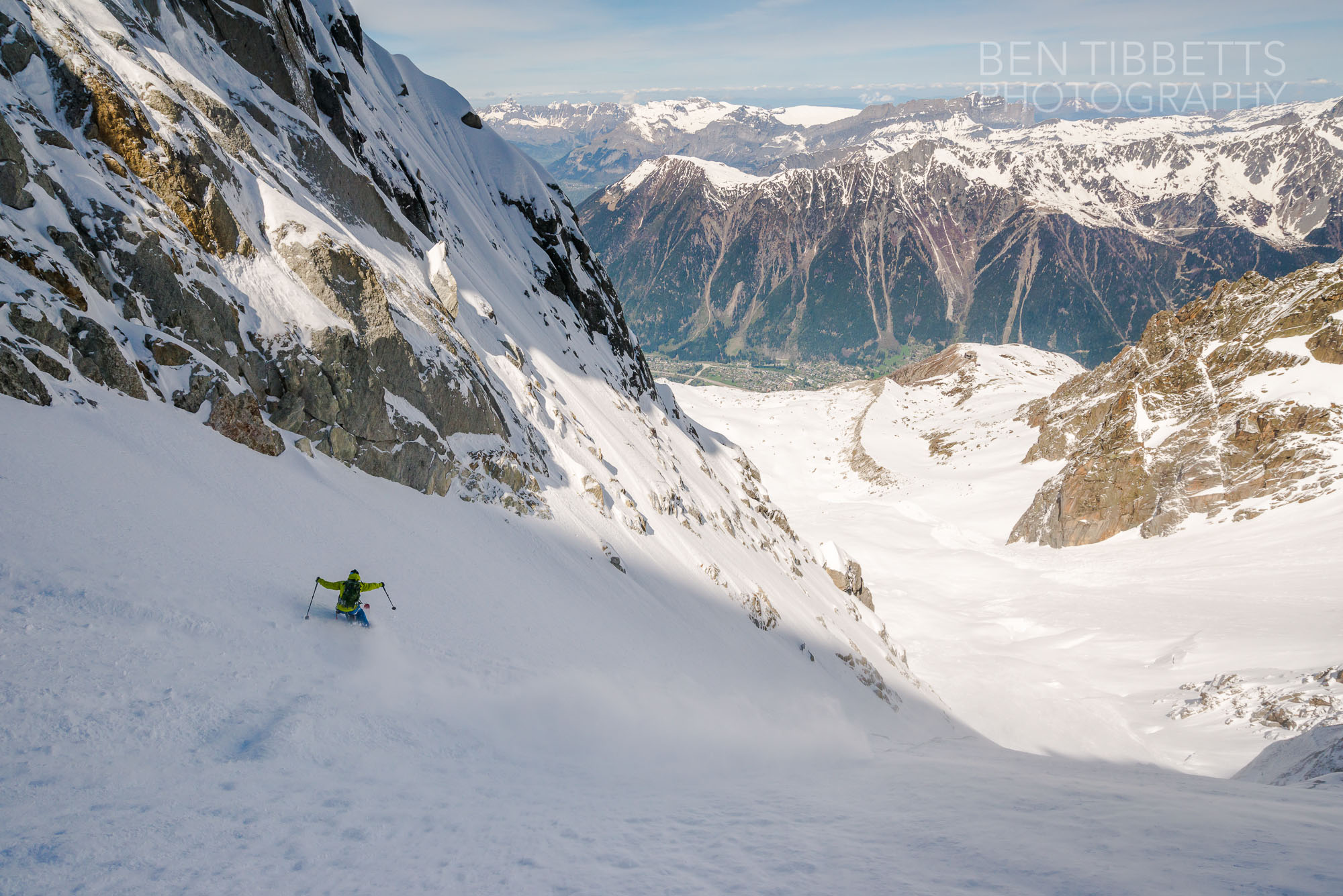 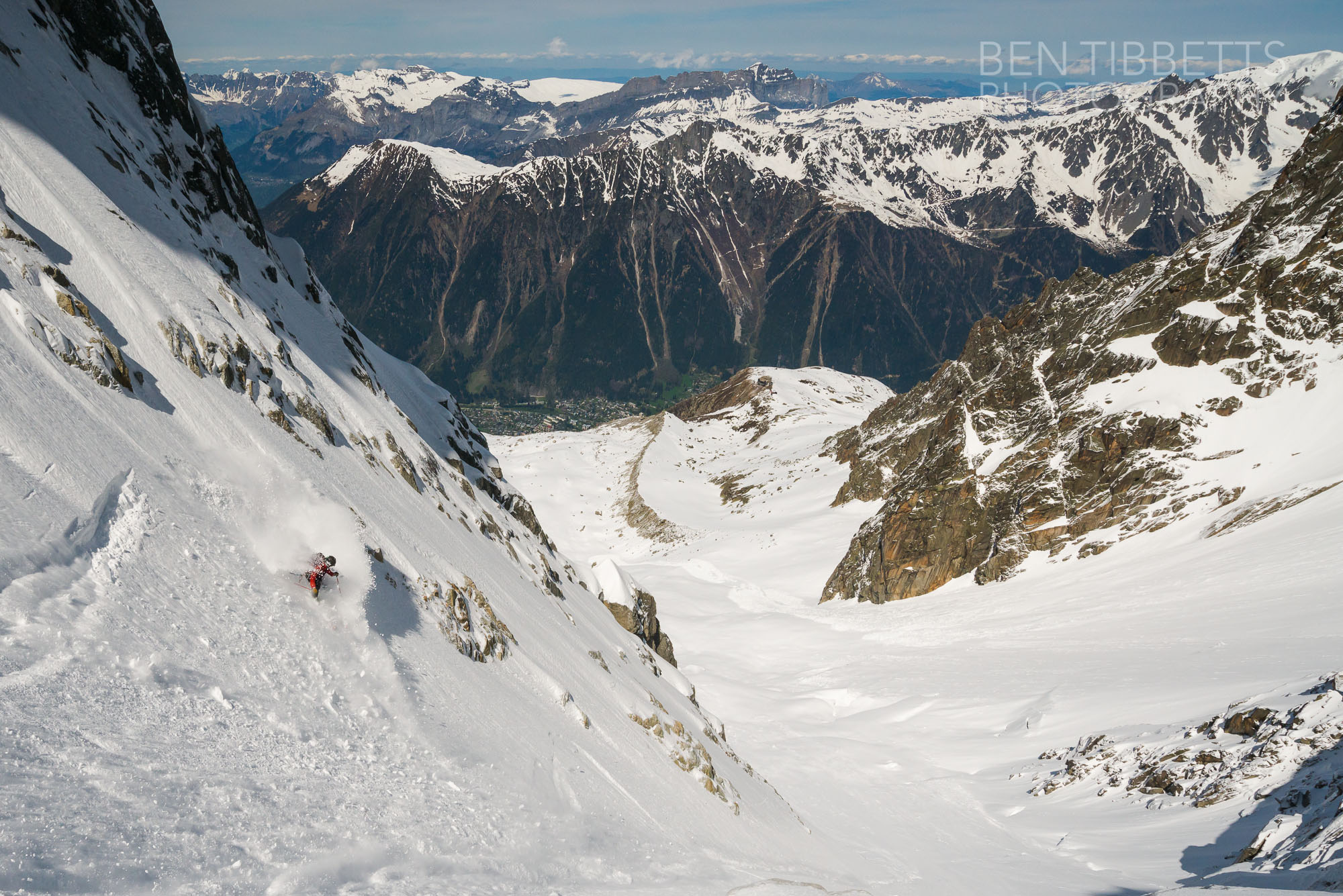 Rob on the exit slopes 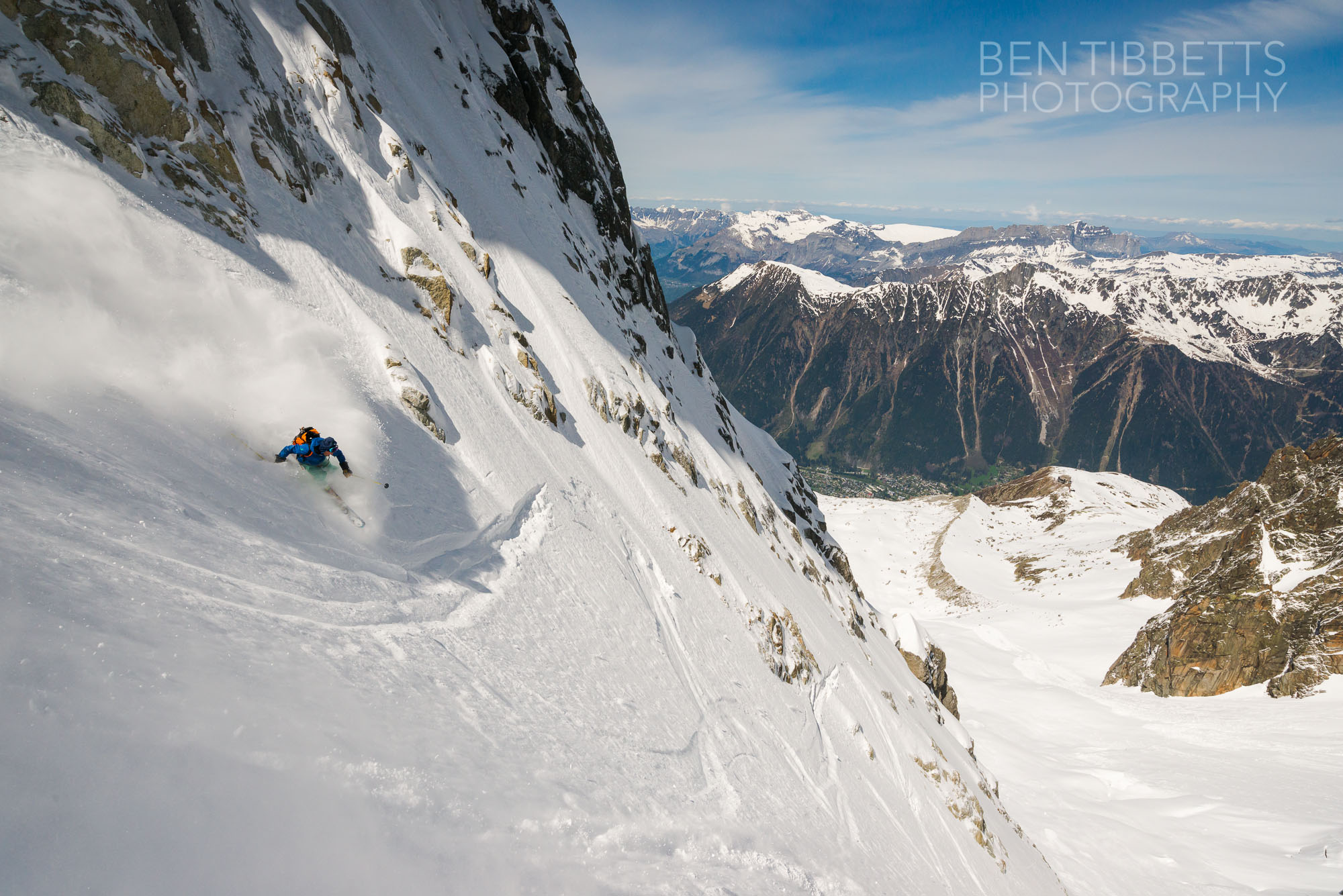 Lambert Galli on the exit slopes 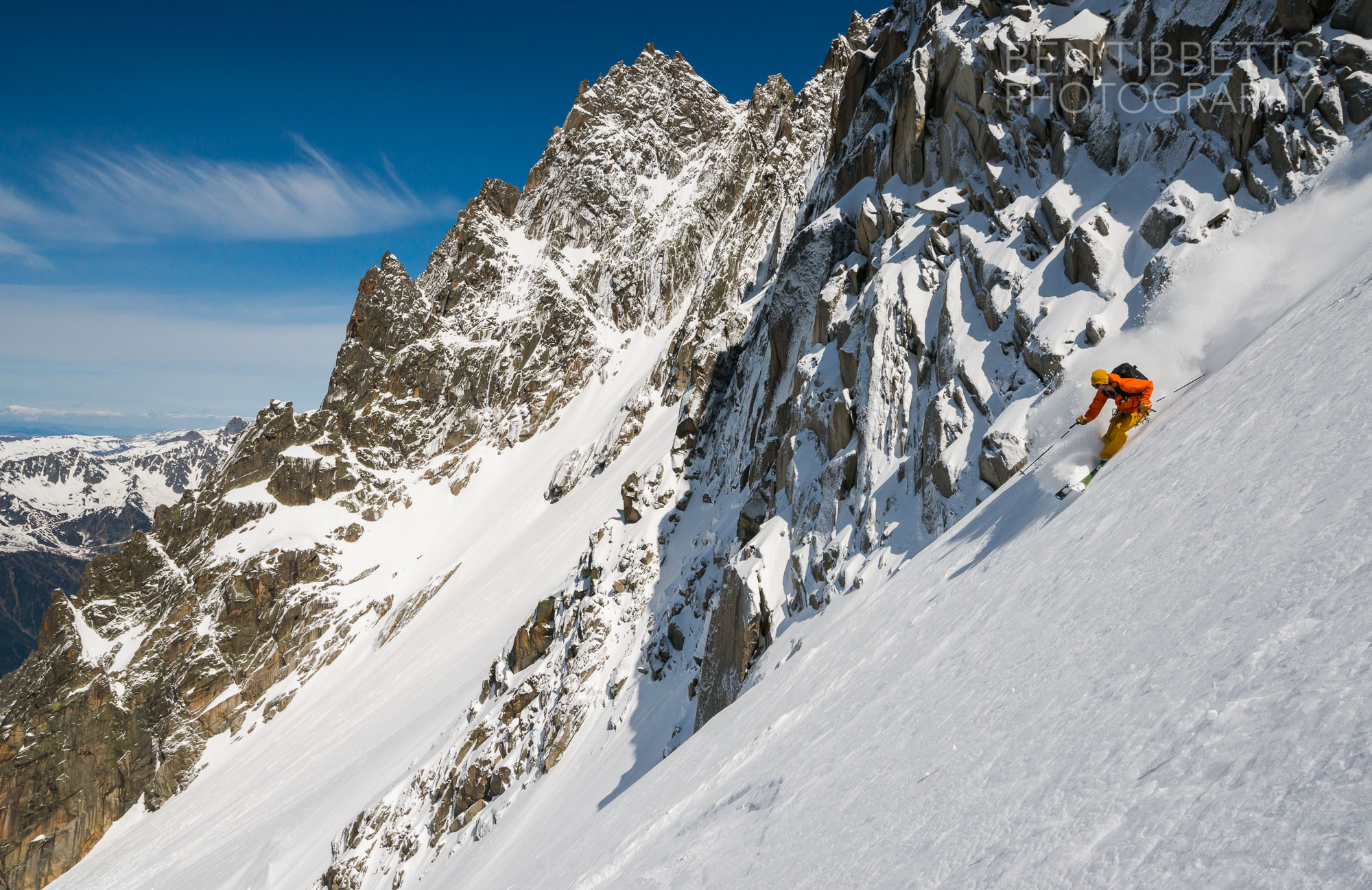 Lorne just above the glacier 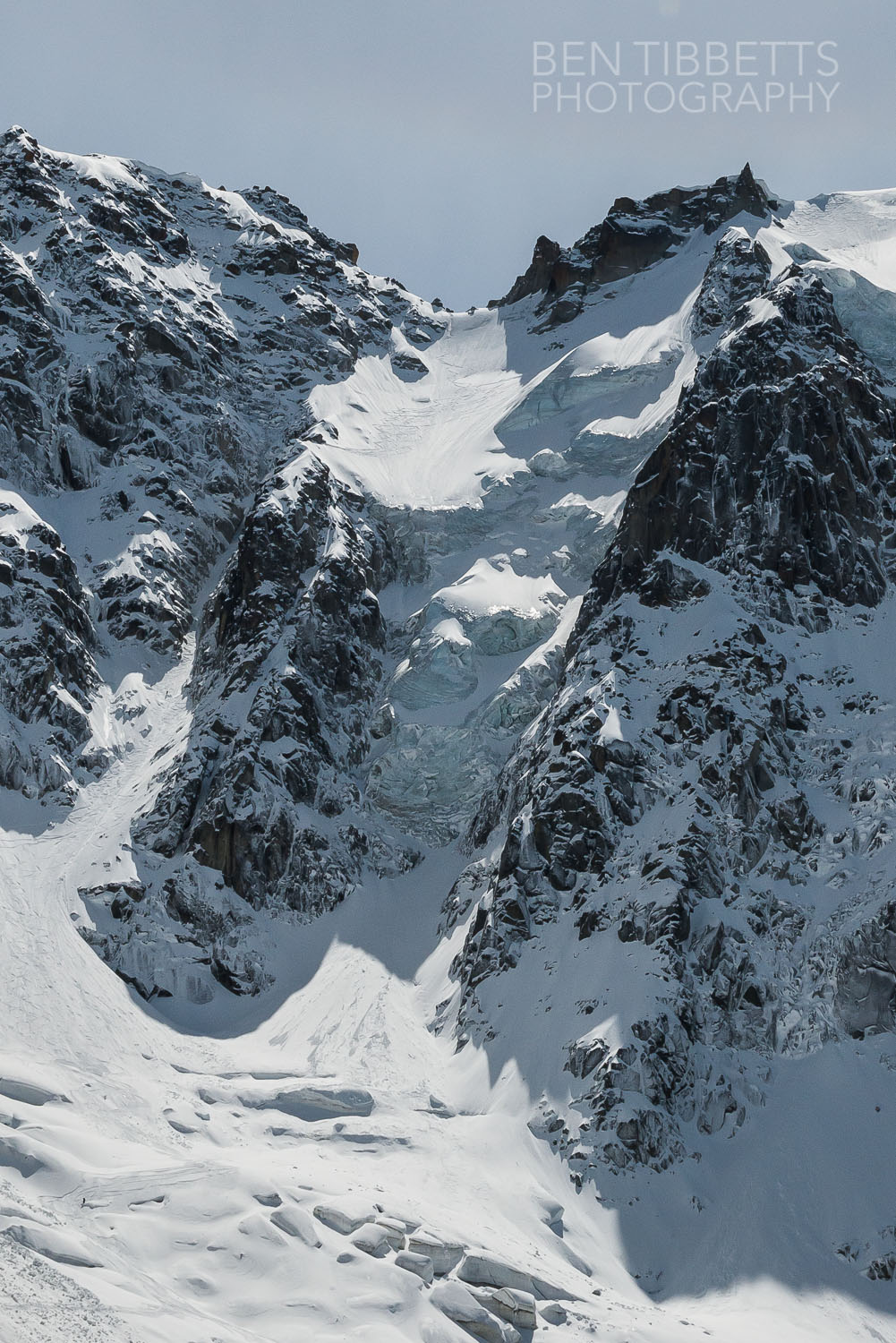 The line pretty well tracked out by folk behind us!

Thanks Tom (http://tomgrant.org/), Rob and Lorne (blog here: http://www.lornecameron.com/2015/col-du-plan/) for a great day out, and Lambert Galli and Nicklas Hansen for their patience at the rappels!