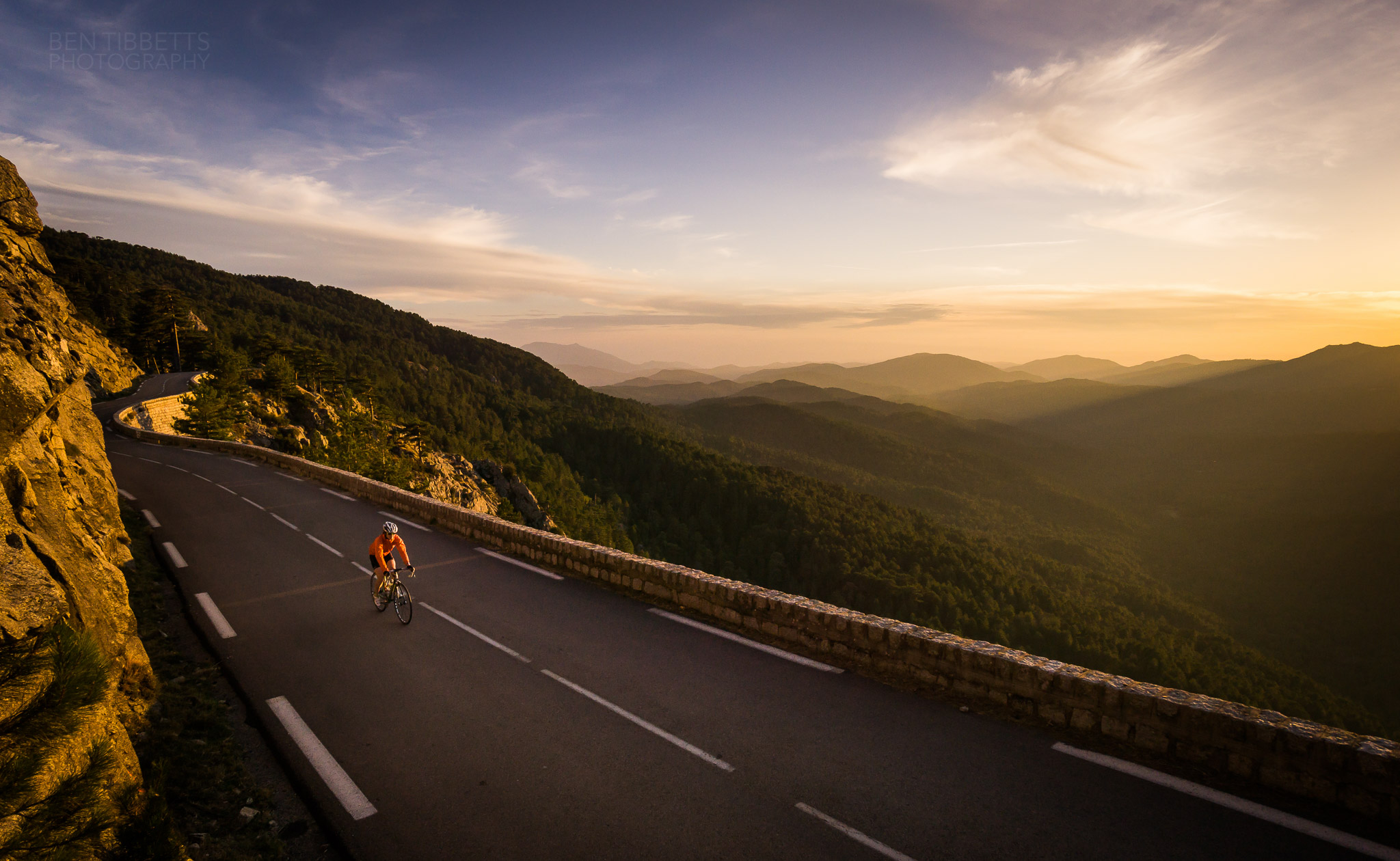 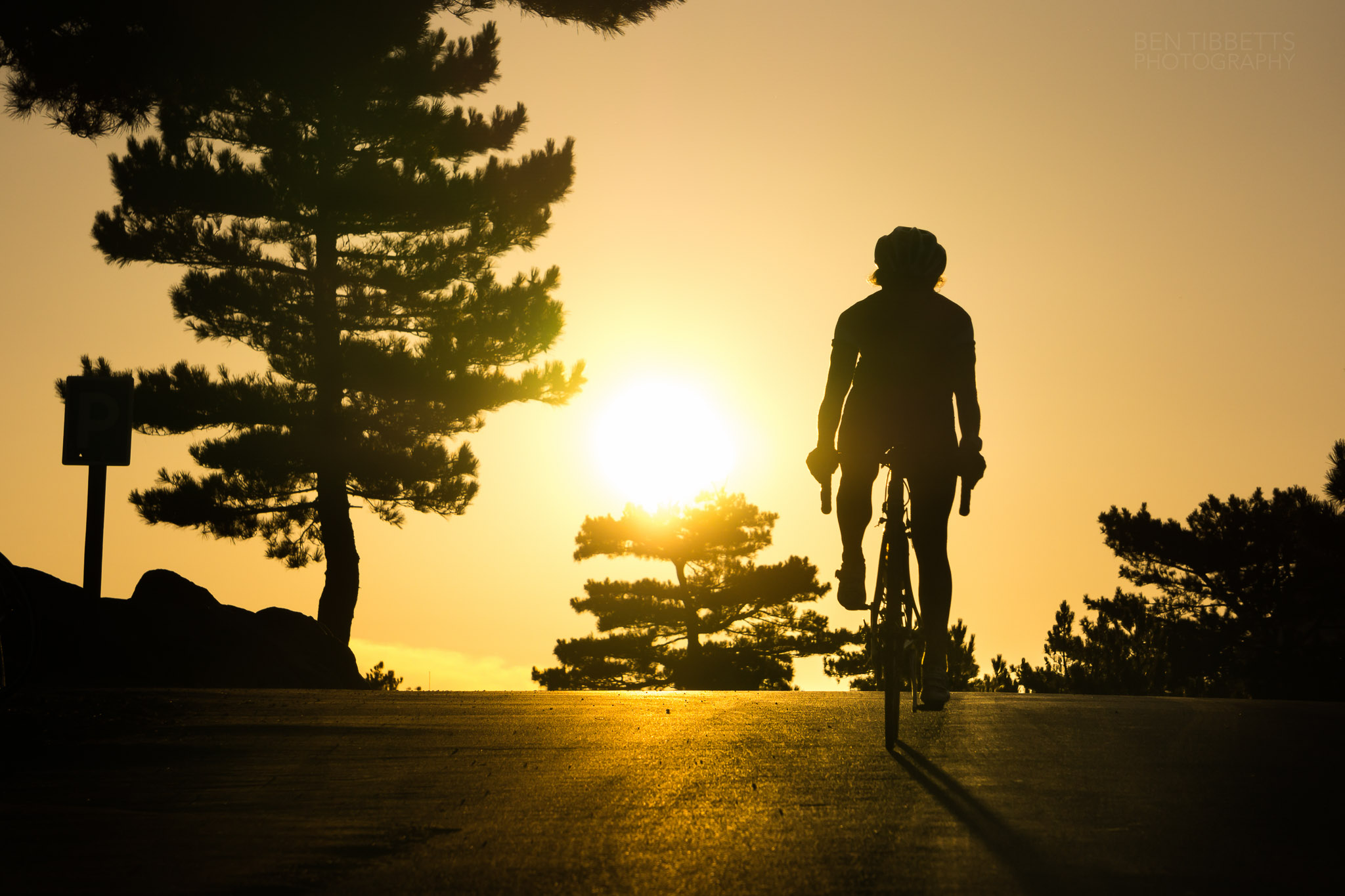 Climbing up the final stretch to the Col de Bavella I stopped to take a few photos of the rock faces and swirling clouds and Valentine was soon a speck in the distance. I was sweating profusely to catch up again. A young guy in an ancient Citroen passed down and I heard him shout ‘allez! il ne reste qu’un kilometre…’ I heard him wrong I think as there was not just one kilometre left. It was at least another 3 steep slow crawling kilometres before we finally reached the Col. The sun was close to the horizon and the air cool and still, our faces still warmed by the last rays. We put on jackets for the 9km descent, took a few photos where the landscape opened out to the east. There were huge views across verdant valleys rolling out to the sea. Broad fast  bends took us down into the woodlands and into the frigid valley basin and back to Zonza. 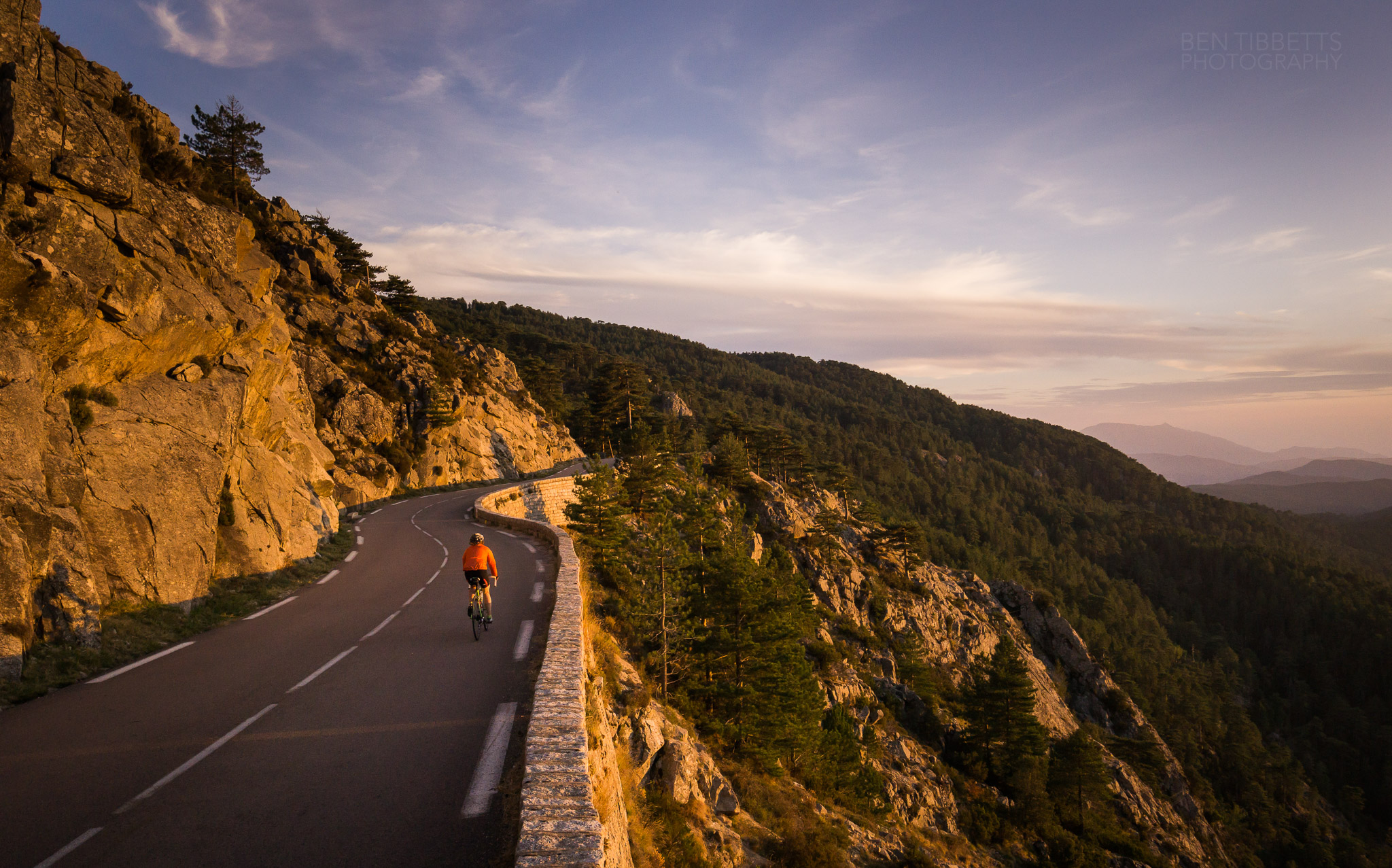